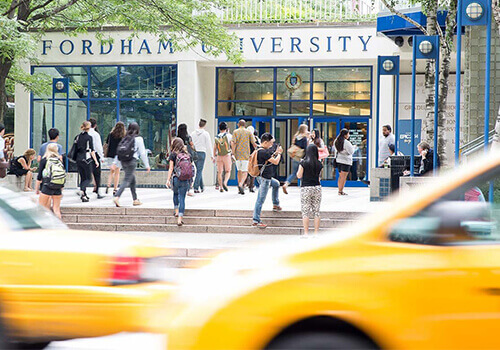 Home > Doing an MBA in Finance on Wall Street’s doorstep: Only at Gabelli School of Business

Doing an MBA in Finance on Wall Street’s doorstep: Only at Gabelli School of Business

New York is a big, intimidating place, but Gabelli School of Business has managed to establish a tight-knit community. We spoke to Lebanese student Wael Aoun about his experiences doing an MBA in Finance on the doorstep of Wall Street. 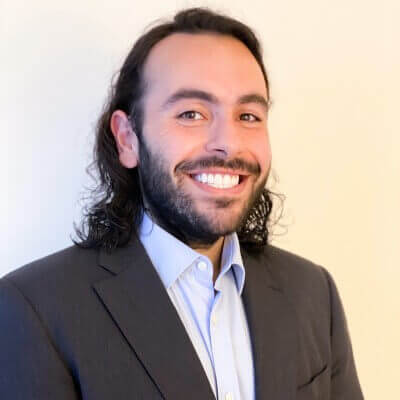 A business school in the heart of New York

It would be easy to get swallowed up in the hustle and bustle of New York City. It is home to 290 skyscrapers, 800 languages, and more than eight million residents, giving the city a vibrancy that you’re unlikely to find anywhere else. Yet within this melting pot of cultures, you will still manage to find that invaluable thing: community.

Situated in the heart of NYC’s Manhattan district, the Gabelli School of Business is one such community. It is every bit as multicultural as the city which it calls home, and Lebanon’s Wael Aoun is one of the many nationalities represented. Having lived in five different countries over the last six years, the latest stage in his journey has brought him to “The Big Apple.” Both the city and the school have welcomed him with open arms.

“Here in New York I feel like everyone is welcome,” he explains. “You can relate to anyone you meet on the street. Every person can find someone he can relate to, especially in a big city like New York. I felt very welcome here.” (09:44)

The welcome he has felt in New York is mirrored at the Gabelli School of Business: “Whoever I spoke to about Gabelli, they always told me you feel like a family. I always thought maybe they’re overselling it, but they’re not. It’s really a small, tight-knit community and everyone wants you to succeed.” (19:01)

An MBA in Finance on the doorstep of Wall Street

With such close proximity to the financial heart of New York City, there can’t be many better places to study finance than at Gabelli. Wael opted to do an MBA in Finance, which offers students a broader view of the subject than a master’s might.

“A master’s in finance is mostly very technical finance. I didn’t want to go too much into technicalities; I wanted to have an overall view of a business and build a deeper understanding of its financial [structure],” he says. (04:54)

Gabelli’s MBA in Finance expands the scope of study far beyond stock markets. “What’s really nice at Gabelli is that we have areas that are new and upcoming, like blockchain, fintech, and business analytics,” Wael explains. “Those are concentrations that are new and are very useful right now, especially in this situation.” (06:58)

While discussing the Gabelli School of Business, the conversation naturally reverts back to one of the school’s selling points – its privileged position. Lying within a few miles of Wall Street and among the multinational companies that populate Lower Manhattan, Wael spelled out why exactly Gabelli’s location is so advantageous:

“Whenever you’re at university and you would like to have a quick coffee chat with anyone in the industry, they’re five minutes away from you. You don’t have to go far or even take the subway to meet that person,” he says. “I could compare it to other universities that are not in New York. Most of the people that want to work in finance, consulting, or banking…have to take a train to come into New York just to have that meeting or speak to those people or do those interviews, whereas Gabelli is in the middle of New York – you’re in the center of that hub.” (15:00)

Be yourself in order to succeed

Despite lying within the urban sprawl of Manhattan, Gabelli has managed to establish a close-knit community in which everybody looks after each other. Self-interest is left at the door here.

Wael tells us, “Everyone is sticking together and helping each other because it’s new. We’ve been out of school for almost seven years and everyone is trying to learn something new, navigating that virtual environment and the back-to-school environment.” (09:22)

“I felt really comfortable and I didn’t feel that I needed to compete with other people. I just need to be myself, and I’ll succeed.” (20:02)

When people are seeking that missing ingredient for success, they often overlook the simplest one of all: being yourself. For Wael at the Gabelli School of Business, the two things were intertwined. Stay true to yourself, and success will follow.