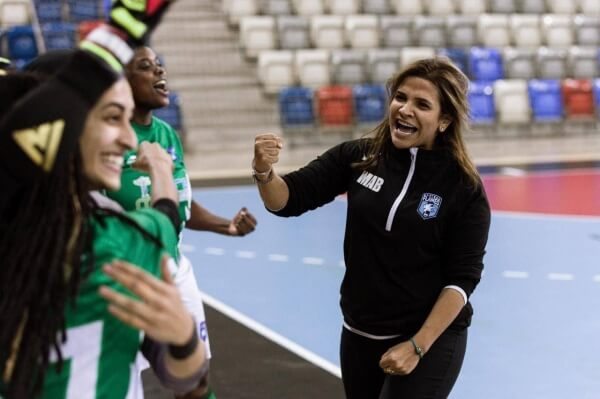 Home > Why the Esade MBA is a team sport

Why the Esade MBA is a team sport

When Maram Al-Butairi decided she needed to take the next step in her career, she realized she had to make a big sacrifice. She told MBAGRADSCHOOLS about her journey from Saudi Arabia to Spain – and the difficult decisions she had to make along the way.

“I am reaching a higher level in my career where a different set of skills are needed. That’s when I thought the time is now to do an MBA. I have a goal in mind and I want to accomplish it.”
Maram Al-Butairi – Esade
Go to video

Leaving everything behind to study an MBA

In order to achieve her dream of doing an MBA in Europe, she was forced to make a difficult decision: She had to leave behind her kids in her native Saudi Arabia. It wasn’t a decision she took lightly.

“I decided to leave them back home and come here to pursue my MBA,” she tells MBAGRADSCHOOLS. “I needed to prepare them to begin with; it was a year of preparation before coming here on how to handle stuff, how to communicate with each other. It is very tough indeed – a year preparation is not enough!” (00:52)

Although Maram made a big sacrifice in the short-term, she’s adamant that an MBA is what she needed to take her career to the next level.

“I am reaching a higher level in my career where a different set of skills are needed. That’s when I thought the time is now [to do an MBA]. I need to acquire that set of skills – with the knowledge behind it, of course,” she explains. (01:36)

Why communication was at the heart of Maram’s MBA decision

Maram’s unique situation also means her reasons for choosing an MBA program are quite unique. She decided to pursue an MBA in Europe not just to learn more about European culture, but also to stay connected with her kids. Communication was an important factor in her decision – in more ways than one.

“Career-wise I wanted to know the European culture, I wanted to know how they think. I studied in the USA for my undergraduate, so that made me understand how to communicate with them, and communication is vital in any work-related activity,” she says. (02:35)

“Being so close to my country (in terms of time difference) makes it easier for my kids and me to communicate…I have a formula where time difference really matters, so Barcelona just hit all the spots with Esade,” Maram adds. (02:11)

The parallels between doing an MBA and playing football

Maram arrived in Europe hoping to become a “global person” (03:51) – and Esade was the perfect place to realize that vision. It has an international student population of 95%, which gave her the chance to work with students from all over the world. In turn, she never stayed in her comfort zone.

“[Esade] have this amazing dynamic where in each term you have a different team, so you’re always switching, you’re never in your comfort zone,” she explains. “You get to know more and understand how this person thinks, and since we’re from 47 countries, it’s a lot of brains to pick.” (06:06)

Maram’s responsibilities go beyond being a mother to two kids and doing a full-time MBA. As a football coach and owner of a football club, she can draw some parallels between studying an MBA and playing football.

“Going back to football, it’s exactly the same…this is how you play games, this is how you play during practice, so you don’t have a partner that is constantly with you,” she tells us. “During the real deal, when you really need to win, you have to bring the best out of each other, so I think that’s how we tie in the MBA with football.” (07:04)

The lessons that Maram will take back to Saudi Arabia

Going into her MBA, Maram was unequivocal about what she wanted from it: To climb the next step in her career ladder, to better understand European culture, to become a “global person.” But the MBA has also benefited her in ways she didn’t expect.

“What I’ll definitely take back home with me would be the amount of trust that I saw [between people]…I think I’ll allow myself to lower my guard as a female, as a Saudi, as a mum. I always have my guards up and I think sometimes I need to bring them down, because that’s what brings trust,” she says. (10:04)

Maram’s experience at Esade has not just broadened her career options, but also her outlook on life. She made a big sacrifice to do an MBA in Barcelona, but she’s now reaping the rewards of that difficult decision. She believes Esade provided her with the springboard she was looking for to reach the next level.

“My advice to all the females who are listening – whether Saudis, Arabs, or from anywhere – there is a moment where you feel that you need something bigger, something that will take you to the next level. And I think Esade is the right choice [to help you do that].” (08:48)

WATCH: Why the Esade MBA is a team sport