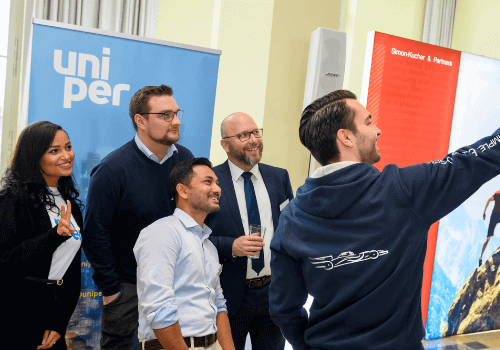 Home > How an Executive MBA can help fill in professional gaps

How an Executive MBA can help fill in professional gaps

Thomas Hillard is the Team Leader of Cerascreen’s American division. In 2012, he moved from New York City to Berlin to pursue a business opportunity. After more than 18 years of working in the tech industry, he decided to undertake an Executive MBA at ESMT Berlin. He told MBAGRADSCHOOLS how completing his MBA helped him fill in the gaps he had in his professional profile, gain confidence, and look towards his future with direction and purpose. 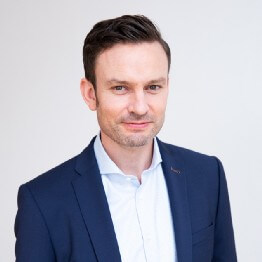 “Even before the program was finished, I already felt that I could achieve these things that I had been dreaming about. But now that it’s over, I know not only am I fully confident and in control of what I want to do in my job [and] in my career, I’m ready to go to the next thing…and it’s the Executive MBA that gave me that confidence.”
Thomas Hillard – ESMT Berlin
Go to video

From music to programming and entrepreneurial ventures

Growing up in Silicon Valley, Thomas was surrounded by technology, innovation, and education. Although he “came from a family where everybody went to college, Thomas initially “didn’t particularly want to get an education…[he] just didn’t have a better plan.” (05:02)

Having always been interested in music and performance, he pursued a degree at a music college in Boston because he “figured that music and entertainment were going to be [his] future.” (05:33) While “business was in the backdrop for [him]…[he] wasn’t primarily focused on [it]” at the time. (02:00)

Later on, Thomas’s brother taught him how to make a website for his band. With the help of his other brother, this snowballed into doing “mini computer science while in music school.” (07:06)

Ultimately, “by the time [he] finished college, [he] had a degree in business and music, but [he] was earning money by building websites.” (07:46)

After creating countless websites and launching and selling a number of companies, Thomas realized that “this [was the career for him], not the music industry.” (08:27)

How an MBA can help fill in professional gaps

Thomas certainly had a diverse academic and professional background before he started his Executive MBA at ESMT Berlin. Although he felt confident in his career after completing his studies and working in the Berlin tech industry for over 18 years, he still felt that he lacked certain knowledge and skills that would take him to the next level professionally.

“I felt that all of this experience somehow had left me with some holes in my complete profile…in my total handbook as a business person, entrepreneur, technologist, whatever you want to say,” Thomas reflects. (10:50)

In order to address these gaps in his professional repertoire, Thomas started educating himself – doing trainings, certifications, anything that was available to him. He eventually realized that what he needed was an MBA.

Finishing his EMBA at ESMT Berlin ultimately helped Thomas gain direction in his career path, boost his confidence, and feel ready to take on whatever new professional opportunities present themselves in the future.

The program produces a close-knit community

One of the things Thomas loved most about the Executive MBA program at ESMT Berlin was the incredible diversity of his cohort, both in terms of culture and professional background.

“There really was experience from all over the place,” Thomas says. “On one side of me was a CFO, another was a supply chain management expert, one of the members of my group was managing a hotel chain.” (18:28)

However, what really made his cohort special was the community they formed and how close-knit they became by the end of the program. Even though the classes were enriching in themselves, “the people who [came] to [the program] actually [created] that warmth, energy, the networking that you assume is going to be there, but you don’t really know how it’s going to happen,” Thomas tells us. (20:41)

Ultimately, what started out as a group of MBA students turned into something much bigger because “the relationships [grew] throughout the program. By the end…everyone was a best friend.” (21:28)