Home > GMAT FAQs | All you need to know about the GMAT

GMAT FAQs | All you need to know about the GMAT

Anjali McKenzie is the Senior Product Manager at GMAC and part of the team responsible for the GMAT exam – a standardized admissions test for business schools. We spoke with Anjali to learn the answers to some GMAT FAQs, including the main benefits, its recent move online, and what the future holds for the test. 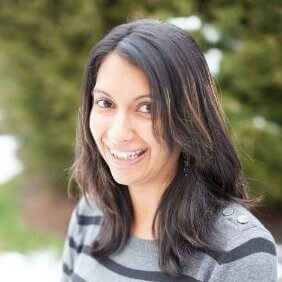 “The GMAT gives candidates an indication of how well prepared they are for business school. On the school side of things, it is a critical evaluation tool that allows them to gauge how well candidates will perform in the program.”
Anjali McKenzie, Senior Product Manager – GMAC
Go to video

What are the benefits of doing the GMAT?

The GMAT exam is made for business schools, in conjunction with business schools. We believe that it not only has value for schools, but also candidates. On the candidate side, it measures critical thinking and reasoning skills – which are key indicators for how prepared candidates are for a graduate business degree. (09:06)

So on the one hand, it’s important to prepare and take the test because it does measure those skills, and it actually gives candidates themselves an indication of how well prepared they are for business school. (09:34)

Why did you introduce the online GMAT exam?

In February/March 2020 we started to see the coronavirus impacting us around the globe. Our test centers were shutting down fairly rapidly in multiple regions, and we very quickly had to stand up an online version of our GMAT exam in order to accommodate the needs of our candidates in schools. So our candidates were coming up against application deadlines and they were very eager for an online testing option. (00:38)

How does the online GMAT differ from the traditional GMAT?

The structure of the original online exam was slightly different. We rolled out the online exam without the AWA section; it also had one optional break instead of two, which is what you get at the test center. (02:16)

How has the online GMAT changed since then?

Our enhanced online GMAT came out on May 20th, which brought in a lot of the features and functionality we’ve been hearing about that we didn’t have in the original. For example, we introduced the AWA section, the option to select your section order, the additional breaks at eight minutes each, and the option to preview your unofficial score at the end of the exam. (02:55)

How should I prepare to take the GMAT in a test center?

If you’re going to a test center, it’s important to read through the policies and rules for the test center and ensure you’re not bringing any materials in that you can’t have. Ensure that you get there in time and ensure that you know how to get there. I know a lot of candidates do a test drive to the center beforehand to make sure they can get there OK. (05:58)

How should I prepare to take the online GMAT?

For the online exam, it changes slightly. You’re in control of your own work environment and you have to make sure that it’s set up properly for the online exam. What that means is that there can’t be any papers, pens, or food in your room – you have to remove all of those things.

The only thing you can have is water in a clear container. Also, you can’t have any other electronic devices or a second monitor. There is even a 360° room scan, so they will check the surrounding desk in your workspace and make sure there is nothing that could conflict with the testing environment. (07:21)

The other thing is to make sure there are no disruptions. So think about family pets, roommates – that kind of thing. For the enhanced GMAT online exam, there is also a need to download the secure browser in advance of test day. That’s a really critical component.  (07:44)

Is the online GMAT here to stay?

Earlier this year, we actually announced that the exam will be a permanent option for our candidates, so I know a lot of candidates are really excited about that! (02:05)

A lot of business schools are currently waiving the requirement to take a GMAT. Why should I still do the exam?

From talking with schools, understanding the market, and the feedback we’ve heard, the waiving of admissions tests doesn’t mean that a school has a certain feeling towards the requirement itself. It doesn’t indicate that the school is not interested or doesn’t care about the test. (10:08)

When schools have been waiving tests over the last year, a lot of it in response to this challenging year: the uncertainties that the pandemic brought and the impact it was having on candidates. (10:42)

Another thing we noticed is that if you look at the top business schools, you can see that they’re still using admissions tests…so it varies by school, it varies by region, and it’s important for candidates to do their own investigations and understand what is going on with the specific school or program.

One other thing to note is that over the past year we’ve actually seen a greater demand for graduate management education, up globally, and we’ve found that schools have an even greater need to objectively evaluate the talent that is coming in….we really believe that a GMAT score and the commitment demonstrated when preparing for the GMAT exam, will help a candidate stand out among the crowd. (10:58)

WATCH: All you need to know about the GMAT

Improving your English language skills before going to grad school

How to understand GMAT percentiles – with GMAC’s Anjali McKenzie