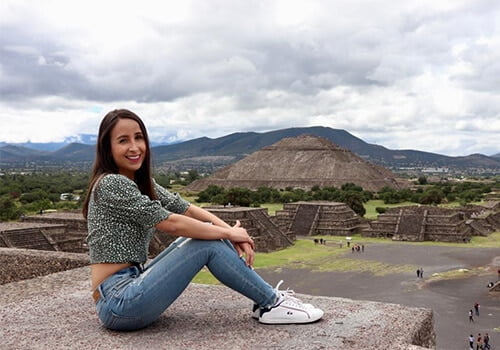 Angela Garcia is a chemical engineer by trade and an MBA student at Alliance Manchester Business School. Originally from Mexico, she told MBAGRADSCHOOLS why she chose to study in the UK, how she landed an internship, and the important lessons she learned during her experience. 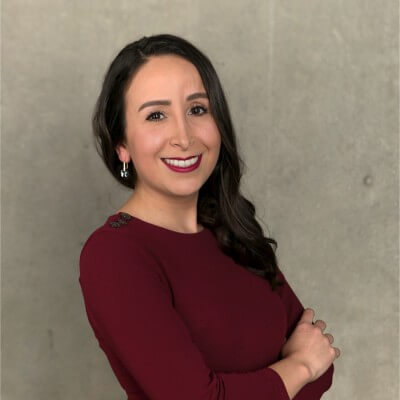 “[Alliance Manchester’s MBA program] was very interesting for me because half of the time [it’s] classes [and] lectures, but the other half you’re doing projects with real clients, which is really my passion.”
Angela Garcia – Alliance Manchester Business School
Go to video

Why the UK and why Alliance Manchester Business School?

“[I hear] this question all the time: If you’re so close to the US and it has very good business schools, why didn’t you go there?” Angela explains. “My answer is that I’ve always been very intrigued by British culture. In Europe in general, I find it very rich in culture.” (01:55)

A chemical engineer by trade, Angela was also attracted to Alliance Manchester Business School because of its project-based curriculum. “That was very interesting for me because half of the time [it’s] classes [and] lectures, but the other half you’re doing projects with real clients, which is really my passion because I’ve been in commercial roles before and I’m very good with client relationships,” she says. (03:07)

Finally, Angela received the Alliance MBS Women in Business scholarship, which covers up to 50% of the tuition fee. “I was awarded [the] scholarship because of my roles before coming here and my history and my struggles; becoming a woman in a very senior position [in] Mexico [has] been hard.” (04:43)

How Angela landed an internship through networking

As a professional in the energy sector, Angela found herself in the minority in her MBA class. “In my class, maybe [there] is 5% that comes from the energy industry,” she says. (09:36)

So, how do you find a job post-MBA when you work in a less-represented sector?

For Angela, it was all about networking combined with valuable support from Alliance Manchester. “They already have established relationships with some firms but at the same time – because I’m very used to networking – I’ve been doing work on my own,” Angela tells us. (10:14)

Angela leveraged her strong network back in Mexico to start building her own network in the UK. Through LinkedIn, she set up casual conversations with numerous professionals in the industry. Thanks to her networking skills, Angela landed a summer internship at a renewable energy company. Way to go, Angela!

An MBA as a growth experience

While most MBA programs are for mature, accomplished professionals, a lot of students and graduates have told us how their MBA experience helped them mature even further and learn how to be a “grown-up.”

This was no different for Angela. She tells us how she went on exchange to France over a decade ago with her parents. This time, though, she’s by herself, fully supporting herself. “It’s a very mature and responsible time that I’m living right now, where I’m fully [on] my own,” she reflects. “It’s kind of easy because it’s just me [making] the decisions and deciding where I want to go and what I want to spend, but definitely…I have learned a lot.” (18:14)

Angela has also faced a steep learning curve when it comes to working with other people. “There has been conflict in some projects, mainly because of the difference [between] cultures,” she tells us. “I am learning that I cannot always be the leader because I’m used to being the leader and sometimes…you need to follow whoever is in charge.” (19:23)

Working with a diverse group of classmates, Angela has also learned that “nothing is personal, so [if] they do something that you believe is not correct, you really need to go further and deeper to understand why that person is saying that…and what influenced that person to do that. So definitely, I have learned a lot about other cultures [and] about following leaders.” (20:11)