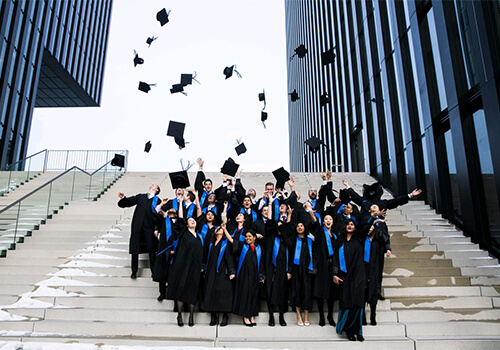 Having fallen in love with the country during previous visits there, Harinder Brar returned to Germany to study an MBA. She explained how it has opened new doors professionally and allowed her to grow as a person. 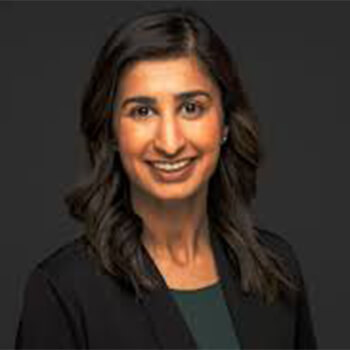 “I’m really happy to say that I get to stay in Germany, and I get to live in a city that I really wanted to live in.”
Harinder Brar – WHU Otto Beisheim School of Management
Go to video

Rediscovering Germany and growing into a leader

It’s sometimes difficult to say why certain people are drawn to certain countries. We may have been born thousands of miles away, yet there can be an almost magnetic force that attracts us to another place. For Harinder Brar, who has both Canadian and Indian heritage, she was seduced by Germany after backpacking through the country – and decided to spend her semester abroad there.

“During my undergraduate degree (in Germany) I did a bachelor’s in commerce. Prior to that I had one experience in Germany – I had backpacked there – and I got introduced to the German culture, the food, the people. I always thought if I had an opportunity to go back then I would.” (00:53)

True to her word, Harinder had the opportunity to return to Germany after being accepted onto the MBA program at WHU – Otto Beisheim School of Management. She found a country she loves living in and a university which has allowed her to grow as an individual.

“This university really allows you to grow. They had many opportunities, not only in the academic side but in the personal side as well, to let you grow into the leader you really want to be.” (00:10)

What makes WHU one of the top business schools in Europe?

The MBA program at WHU is one of the top-ranked programs in Europe, and Harinder believes it is the high-quality faculty which makes it stand out from the competition.

“What really sticks out to me in this MBA program is the faculty. They have a talented faculty in itself but there were professors that came from other universities to teach.” (02:14)

For someone with a multicultural background, perhaps it’s not too surprising that Harinder was also attracted to the exchange opportunities available at WHU. They have given her valuable experiences and insights into different ways of life.

“They give you opportunities to expose yourself to working in different cultures. For example, our exchange weeks that we did in India and China gave us a great opportunity to see what the working and academic life is like over there.” (02:36)

Studying an MBA is about so much more than a qualification. It is a chance to broaden your horizons, learn new skills and, in Harinder’s case, make friends for life. She believes that the small class sizes at WHU allowed her to make connections with classmates that may not have been possible in a larger cohort.

“In terms of network and community, I wasn’t expecting to have these friendships that came out of this program. When you’re a small cohort of 33 people you really get to know people and you’re studying with them all day.”

“You form those bonds really quickly and I’m really happy to say that some of my closest friends are from this MBA program.” (02:54)

The return on investment of an MBA

As Harinder approached the end of her MBA, it was time to start thinking about the next step in her career. After making the most of the resources available at WHU’s career center, she was able to define the companies, functions and roles that best suited her profile. This focused approach paid off.

“After the program I had quite a tailored approach and I was gearing towards certain companies and certain types of roles. Luckily the companies that I geared myself towards…it worked out!”

Harinder can now reflect on the impact that WHU has had on her both personally and professionally. The skills and experience she has gained here have allowed her to live and work in the country she fell in love with all those years ago.

Getting an MBA allowed Harinder to pursue her dream career, live in a country she loves and forge lifelong friendships. That sounds like a priceless return on investment to us.