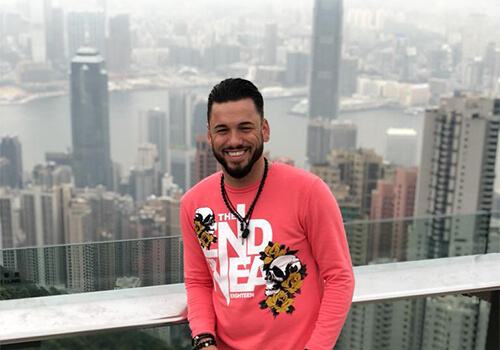 Daniel Mijic has stepped out of his comfort zone a number of times throughout his life – and the resulting experiences have made him the person he is today. He recounts his journey from Liechtenstein to the Alliance Manchester Business School MBA program in Hong Kong. 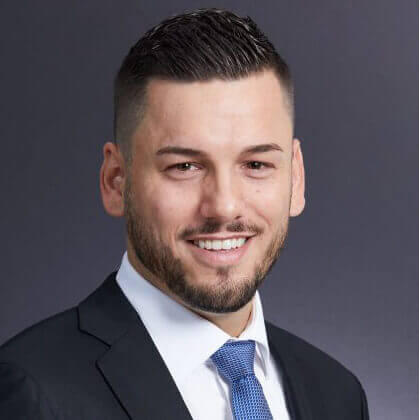 “By being here in Hong Kong, I was always looking for a university which could be kind of an educational bridge between Europe and Hong Kong.”
Daniel Mijic – Alliance Manchester Business School
Go to video

At first, it’s difficult to see many similarities between Liechtenstein and Hong Kong. One is a tiny European microstate (population: 39,000), while the other is one of the most densely-populated places on Earth (population: 7.2 million). But dig a little deeper and Daniel Mijic’s career path from his homeland of Liechtenstein to the bustling city-state of Hong Kong starts to make sense.

Financial services dominate the economies of both nations, which has led to important economic partnerships between the two countries over the years. In turn, this has created collaboration and partnerships between financial companies. Having worked in his native Liechtenstein for a number of years, Daniel was sent to work in Hong Kong by his employer – naturally, in the financial services industry.

Although the countries share economic similarities, the pace and intensity of life are somewhat different – leading to a mini culture shock when Daniel first arrived.

“Despite the fact I knew the industry in and out, I came to Hong Kong and was put in a leading senior position, but the city was just overwhelming,” he tells us. “I’ve seen a lot of things in Hong Kong and it has been quite impressive so far. As you can hear, I’m still trying to find the right words to describe that feeling!” (04:21)

Looking for the educational bridge between Europe and Hong Kong

Having overcome the initial culture shock, Daniel was starting to love life and work in Hong Kong. Professionally, he had reached a point in his career mostly by what he describes as “learning by doing.” Now, something was telling him that he needed an extra push to reach the next stage.

Due to Hong Kong’s historical links with the United Kingdom, several British universities have headquarters in the region. That connection led to Daniel applying for the MBA program at Alliance Manchester Business School’s Hong Kong center.

“By being here in Hong Kong, I was always looking for a university which could be kind of an educational bridge between Europe and Hong Kong,” Daniel explains about his choice. (08:13)

He adds, “I always said to myself it has to be a university which is recognized where I come from, in the sense that people understand the educational system, and the UK educational system is highly respected worldwide and known internationally.” (08:31)

Nearing the completion of his MBA and still enjoying life in Hong Kong, things were going swimmingly for Daniel. But you never know what’s around the corner: just two weeks before his graduation ceremony with the University of Manchester, disaster struck.

“One or two weeks before my graduation with the University of Manchester, I was unfortunately made redundant,” he says. “Back then I thought it was unfortunate, but it was actually the best thing that happened to me.” (15:04)

As it happened, the redundancy gave Daniel the time he needed to reflect on his last few years. This period of reflection eventually led to the next exciting chapter of his life: starting his own company.

He tells us, “After graduation, I had time to think about the next step in my life. So I was back home (in Liechtenstein), spending time with my family, digesting my MBA, digesting my redundancy, digesting the whole six years in Hong Kong.” (15:15)

“The whole MBA journey helped me to really take my time, not panic, put down all the pros and cons, look into the strategies…then I set up the company and started this journey.” (18:51)

Today, Daniel is the CEO of Blue Concept Asia, an independent wealth advisory firm based in Hong Kong, which offers a range of wealth planning solutions and management services to high-net-worth individuals, families, and multinational corporations.

How to make the most of your MBA experience

When reflecting on the impact of his MBA on his career, Daniel doesn’t pick out specific skills like accounting or marketing. Instead, he highlights how the whole MBA experience has given him the confidence he needs to run his own business.

“I would say the whole [MBA] package made it for me,” he says. “Today I can be more confident and more independent making my decisions for my business.” (22:44)

Daniel reflects that patience and a willingness to leave your comfort zone are the two most important things to take out of your MBA experience. Ultimately, these two things have made him the person he is today.

“What I would recommend to everyone doing an MBA: don’t rush into any decisions after you graduate. Take your time, think about your next steps, and make the right decisions. Don’t hesitate to get out of your comfort zone – I did it three or four times and I’m the happiest person today.” (23:16)