Many people may be reluctant to do an MBA if they feel like they don’t have a specific set of prior skills and experience. Brandon O’Dell explains how the Cambridge MBA program embraced his unique professional background and ultimately helped him transition out of a career as a professional dancer and into the global health industry and non-profit sector. He’s now working as the director of the Amsterdam Dinner Foundation. 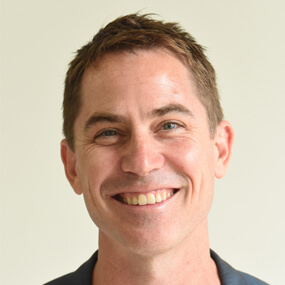 “It speaks volumes about how I was…embraced for having this kind of different professional story, but at the same time expected to step up and do the same work as everyone else.”
Brandon O’Dell, Cambridge MBA alumn – Cambridge Judge Business School
Go to video

Choose a program that embraces uniqueness and diversity

When Brandon started to look at different MBA options, Cambridge’s overarching mission and prioritization of diversity really made their programs stand out for him.

He says, “I saw the program at Cambridge, the sort of mission around the program and how diverse it was. It sort of went to the top of the list.” (05:32)

It didn’t take long for him to decide the Cambridge MBA program would be a great choice for him, and he quickly accepted their admission offer when it came along.

He also describes how Cambridge valued his different professional background all throughout his time with them, from pre-admission to after he completed his MBA: “I feel like Cambridge embraced my diverse background from the very start,” he tells us. “I felt like it was something that wasn’t looked at as a problem, but as an opportunity to have another voice. There was never any feeling that I was given that they didn’t believe in me.” (06:25)

How your professional differences can become your strengths

Brandon’s unique background and experiences ended up serving as advantages for him, both during his Cambridge MBA program and later on in his professional career. He explains how his background as a dancer gave him a unique perspective that was valuable in a group setting at Cambridge:

“I really felt that people were interested in what my perspective was because it was different. So, there were times where having been a dancer – the sort of discipline that I learned and the way in which a dancer approaches work, taking it very seriously, taking your contribution very seriously as part of a larger group, just to name a few – those were things that I brought into the program as well.” (10:00)

He concludes, “If I talked about my background as a dancer in relation to something, people were really interested.” (10:58)

Brandon also explains that having worked in a professional dancing environment gave him an edge when transitioning into the business world. He describes that the experiences he had while working as a dancer taught him “how to function in a healthy way in an environment that’s both collaborative and competitive,” which helped him out in his professional career because “in the business world we’re often in situations like that.” (11:50)

Get exposed to a wide range of influences

Brandon describes how the range of people and professional opportunities he came into contact with at Cambridge allowed him to let his inspiration run wild and further refine what kind of career he would ultimately be interested in after his program came to an end.

“What I really liked is that in a place like Cambridge, everyone stops by – from prime ministers to business leaders – so you’re exposed to a wide range, and that’s also true within the MBA, with companies coming by and giving presentations, meeting people. I just got as curious as I could,” he explains. (13:17)

Brandon also made a slight detour to a corporate job that he was connected with while at Cambridge before finally choosing a career in global health. He tells us he’s grateful that he had the opportunity to learn how to “make the distinction between what’s interesting and what’s interesting and fulfills my sense of purpose.” (15:06)

You are your own greatest asset

Brandon concludes that at the end of the day, everything we learn and experience in our personal and professional lives comes together and becomes part of ourselves:

“Learning a skill, learning how to do corporate finance, or learning how to do a pirouette… These are just things that you learn along the way. But in the end, you’re bringing yourself – your whole self. And the more you can be fully realized and fully present and be fully yourself, then I think the better you’re able to do your job.” (19:00)

The best thing you can bring to the table as a professional is your happy, healthy, and fully realized self because this will allow you to make the greatest and most positive impact in your career.