Home > How to get into eSports with an MBA

How to get into eSports with an MBA

Although Ray Ng graduated from university with a degree in psychology, he soon decided to launch a career in eSports instead. He told MBAGRADSCHOOLS about his reasons for changing industries – and how an MBA helped him break into eSports. 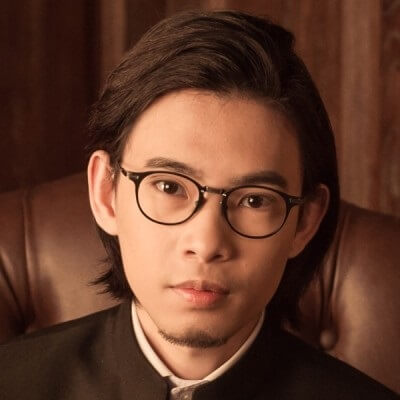 “If you want to join the gaming industry, you need to be passionate about gaming. But at the same time, you must have some fundamental knowledge about how to run a game business or how to run an eSports business.”
Ray Ng – HKU, The University of Hong Kong
Go to video

From psychology to eSports: The moment Ray decided to turn his lifelong passion into a career

Switching job functions or industries is one of the biggest reasons why people pursue an MBA. But there can’t be many more drastic career changes than the one Ray Ng has successfully made.

Having relocated to Hong Kong from China during his childhood, Ray went on to study psychology at a university in Hong Kong. He even spent half a year working in the field as a therapist, but soon realized his interests lay elsewhere. It was then that he decided to try and make a career out of his lifelong passion.

“You may wonder why I changed from psychology to eSports – my new career,” he laughs. “Basically, for me, gaming has been around me for my whole life. I’ve been a gamer for decades. Sometimes I even [used to] skip school and go to a PC cafe, hang out with friends.” (00:36)

Ray’s initial steps into gaming were challenging – he found there was little to no industry in Hong Kong. He spent the first two years of his career freelancing for various companies. However, his big break came when he was offered the chance to work for an international games company in Taiwan.

“After that two-year journey, I got the chance to relocate to Taiwan and join a US gaming company called Blizzard Entertainment. So I joined Blizzard as the Associate eSport Manager for the product Hearthstone. Basically, I used to oversee the Hearthstone regional initiatives across the whole of Southeast Asia,” he explains. (02:02)

Ray has since returned to Hong Kong, where he’s now trying to develop the local eSport ecosystem.

How to break into the eSports industry

It’s easy to think of eSports and only think of the professional gamers, the glitzy shows, and the packed arenas. But in reality, there are a number of potential avenues into what is a rapidly-growing industry.

“In the eSports industry you can be an event manager, for example,” says Ray. “If you’re hosting an eSports event then you definitely need an events team to help you organize all the logistics. Also, you could join a marketing team in an eSports company, doing all of the marketing initiatives.” (14:02)

Ray is adamant that his own break in the gaming industry didn’t come about by chance. He’s passionate about it, which is an important ingredient for success. However, he maintains that having a strong business acumen is also key.

“If you want to join the gaming industry, you need to be passionate about gaming. But at the same time you [must] have some fundamental knowledge about how to run a game business or how to run an eSports business,” he adds. (07:19)

To gain those business fundamentals, Ray felt that an MBA was the best way forward.

Hong Kong has an excellent reputation for business education, so it seemed like a natural choice for Ray to pursue an MBA there. He explains his reasoning for choosing HKU Business School ahead of his other options.

“One of the key factors is reputation in Hong Kong. HKU is considered to be one of the leading universities in Hong Kong. The second thing is its case study-oriented approach. Throughout the MBA we have very specific material that is provided by the school’s business research center, who are studying different business cases around the globe. I think the case study approach is very useful when we talk about nowadays in business.” (11:36)

Another key reason for choosing the HKU MBA was the flexibility of the course. Having received a job offer soon after starting the full-time program, Ray was suddenly unable to fit the demands of the MBA around his new job. Fortunately, he was able to easily switch from full-time to part-time study.

“If you wanted to switch even from weekend modules to weekday classes it’s very flexible. I did some of the switches this year, and being this flexible was a big consideration when I chose the HKU MBA,” he explains. (13:03)

The MBA essay is one of the most important aspects of your business school application, so it’s essential you get it right. In Ray’s application essay, he zoned in on his reasons for pursuing an MBA and how it would get him to where he wanted to go in his career.

“[The essay] is one of the fundamental assets that you need to prepare before you apply to any MBA school. I think for the essay you need to be very clear about what you want to do with the MBA in the future, or why you want to enroll in this particular school,” he says. (20:12)

“[In my essay] I basically just explained that I’m in the eSports industry and I think business is a fundamental part of that industry,” he elaborates. “That’s why I wanted to go for an MBA to strengthen my business knowledge in that industry and be able to apply it in my future career. Basically, you need to let them know why you want to do an MBA and how you can integrate MBA knowledge into your particular industry.” (20:42)

Having successfully pivoted into a new and emerging industry, Ray is already reaping the rewards of his MBA. He has managed to turn a passion into a career, and his MBA from HKU has been a big reason for that. Here’s hoping that the sequel to Ray’s own gaming journey is as successful as the first installment.