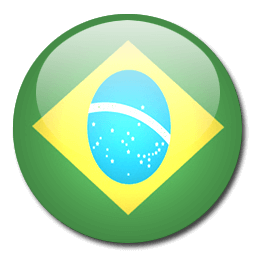 Considering Brazil as your study destination?

Those who choose to study an MBA in Brazil will truly have an experience like no other. Stunning natural landmarks rub shoulders with manmade triumphs throughout this vast country, which is the sixth-biggest in the world. Here you’ll find one of the seven modern wonders of the world (Christ the Redeemer), the biggest city in Latin America (São Paulo) and a capital that took just 41 months to build (Brasilia). In the last decade alone it hosted the FIFA World Cup and Olympic Games along with the yearly Rio Carnival, the largest carnival in the world that attracts more than 2 million festivalgoers per day. Brazil is a melting pot of cultures, climates and colors that has to be seen to be believed.

The years following the collapse of the Brazilian military government in 1985 saw a huge increase in the number of private higher education institutions. Nowadays there are around 2,600 public and private universities across the country, a number which is growing rapidly. If you wish to study in Brazil then it is totally free to study for a master’s degree at one of the country’s public universities, many of which are rated among the best in Latin America. With a growing reputation for higher education and amazing sights throughout the country, you would be hard pressed to find a more exciting study destination than Brazil.

Videos from Graduate Schools in Brazil

What do I need to know if I want to study in Brazil?

How much will it cost to live and study in Brazil?

University accommodation is quite rare in Brazil and in most cases it will be necessary to find private accommodation for yourself. This can cost anywhere between €200 and €400 per month, with the price varying a lot depending on the city.

In terms of the cost of studying for a Master in Business Administration in Brazil, tuition fees are unlikely to exceed €30,000 even at the top business schools in Brazil.

Do I need to get a VISA to live and study in Brazil?

Students must apply for a temporary student visa before arriving in Brazil. This can be done at your nearest Brazilian embassy. After obtaining your visa you will have to register your residence at the local police station in Brazil within 30 days of arrival. You can find out more information on the Brazil government website.

How reputable are universities from Brazil?

According to the 2021 QS World University Ranking, the Universidade de São Paulo is the highest-ranked in Brazil and was placed at #115 globally. Other notable universities include the Universidade Federal do Rio de Janeiro (the oldest in Brazil) and the Universidade Estadual de Campinas (a top research institution). The top business schools in Brazil include FGV EAESP in São Paulo and FGV EBAPE in Rio.

As with any developing economy, the job market in Brazil poses plenty of difficulties but also has huge potential. Speaking Portuguese is important for securing a good job in Brazil, which tends to favour local applicants over international workers. However, as one of five so-called BRICS nations (along with Russia, India, China and South Africa), which are all deemed to be at a similar stage of economic development, these countries are starting to attract more foreign investment and expansion. This is likely to create even greater job opportunities here in the future.

Are there a lot of international students in Brazil?