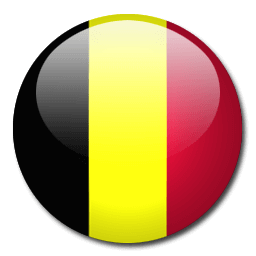 Considering Chile as your study destination?

If you are considering to study an MBA in Chile this information is going to help you to make up your mind. Chile is a vast and varied country in which you’re just as likely to find arid deserts as snow-topped mountain ranges. It is one of the safest, least corruptible and economically-advanced countries in Latin America that can offer high-quality teaching for a much more affordable price than equivalent institutions in Europe, the USA and Asia. Despite being one of the smallest nations in South America in terms of population it regularly outperforms its neighbors when it comes to higher education – evidenced in the fact that two of the top six universities in the most recent QS Latin America University Ranking hailed from Chile.

The majority of Chile’s universities and business schools can be found in its capital, Santiago, where around 40% of the total Chilean population reside. It is the economic driver of the country that not only attracts students from the rest of the continent but also increasingly from the USA and Europe. With tuition fees growing evermore out of reach in many parts of the world, joining the growing number of international students in this emerging higher education hotspot could well be the best decision you ever make.

Videos from Graduate Schools in Chile

What do I need to know if I want to study an MBA in Chile?

How much will it cost to live and study in Chile?

As one of the most prosperous countries in Latin America, living costs in Chile are higher than its neighboring countries – but still lower than many European and Asian countries. In the capital, Santiago, you are looking at around $400 for an apartment in and around the city center; a figure which will be lower on the outskirts or in smaller cities. In terms of the cost of studying for a master’s in Chile, the average yearly tuition will be around €4,500. Given that both public and private schools in Chile can decide their own tuition fees the cost of studying a Master in Business Administration can vary massively, but most business schools charge something like €20,000-€30,000 in tuition.

Do I need to get a VISA to live and study in Chile?

Depending on the duration of the studies, tourist or student visa for Chile is issued:

The visa requirements to study in Chile are relatively straightforward. You can find a full list of the requirements here.

How reputable are universities from Chile?

Chile is perhaps the most prestigious country in Latin America when it comes to higher education and no other nation in the region has more universities (2) ranked in the top 200 of the QS World University Rankings.

Chile has a high-income economy and leads Latin America in terms of economic freedom, income per capita and competitiveness. Although an increasing percentage of the population now hold university degrees, the rate is still lower than in many European and Asian countries, meaning a master’s degree or MBA could put you in prime position to secure the top jobs in the country. Note, however, that a high level of Spanish is essential for the vast majority of these roles.

Are there a lot of international students in Chile?

In the Chilean higher education system, there are 61 universities, with over 750.000 students.

The number of international students in Chile is growing year-on-year due to the reasonable tuition fees and living costs coupled with high standards of teaching.