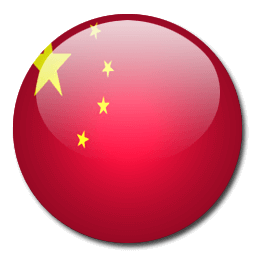 Considering China as your study destination?

China is one of the world’s oldest civilizations with a storied history defined by discovery, innovation and triumphs for humankind. Here you can find the longest man-made structure in the world (The Great Wall of China) and scarcely-believable megacities (Beijing, Shanghai, Guanghzou) alongside natural landscapes such as the Yellow Mountains or Li River that take the breath away. It would be possible to study in China for several years and still barely scratch the surface of this vast land. For many years a country with a mostly rural population, economic reforms in the 1980s brought huge levels of urbanisation and industrialisation to the country, resulting in unparalleled economic growth that transformed China into a global superpower.

The rise of China’s economy has been mirrored by improvements to its higher education sector. Chinese universities are some of the best-funded in the world and since 2016 have seen income increase by some 57%, vastly outpacing other nations. The country is now home to several universities within the global top 200 and also the third-largest international student population worldwide. There seems little doubt that China will soon sit at the table of the most prestigious countries in the world for higher education – if it is not there already.

Videos from Graduate Schools in China

What do I need to know if I want to study in China?

How much will it cost to live and study in China?

For one of the most reputable countries for higher education, the cost of studying in China is very reasonable. A master’s degree in China from a public institution is unlikely to exceed €9,000, though one from a private university could cost up to €30,000. In terms of the cost of an MBA in China, the price is in line with the high quality of education. You’re looking at at least €30,000 in tuition. Given that it is such a large country then living costs can understandably vary a lot. Expect to pay at least €400 a month for a shared apartment in the likes of Shanghai or Beijing, a figure which could rise to €1,000+ if you would like your own apartment. These prices are likely to be cheaper in the smaller Chinese cities.

Do I need to get a VISA to live and study in China?

You will need to apply for the X1 or X2 China student visa in order to study there. The paperwork is reasonably straightforward but you will not be permitted to work whilst you are there. You can find more details on the Chinese government website.

How reputable are Chinese universities?

China’s raft of universities and grad schools have been rapidly growing in quality over recent decades, and now institutions such as Tsinghua University, Peking University and Fudan University are all ranked within the top 100 in the world.

The proportion of the population who hold a master’s degree, MBA or equivalent is still extremely low in comparison to China’s peers in Asia, Europe and North America, meaning that there are job opportunities for highly-qualified graduates here. Average post-graduation salaries have also been steadily rising for master’s/MBA graduates.

Are there a lot of international students in China?