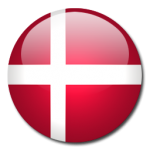 Considering Denmark as your study destination?

Denmark lies at the southern tip of Scandinavia, offering a more temperate climate than their northerly neighbors but upholding the same liberal values that embody these progressive European nations. The country regularly appears at the top of global rankings for happiness, quality of life and sustainability whilst also boasting one of the highest average wages in the world. Studying in Denmark brings with it an experience that encompasses all the best aspects of European life, whether you’re in the capital Copenhagen or the smaller cities of Aarhus, Odense and Aalborg.

Denmark always seems to be a step ahead of other nations, and when it comes to higher education it is no different – its first university (the University of Copenhagen) was one of the first in Europe, established way back in 1479. You’ll find that institution alongside plenty of other Danish universities such as the Technical University of Denmark, Aarhus University and Copenhagen Business School amongst the top-ranked in Europe. And if you do choose to study an MBA in Denmark, you will be entering a dynamic job market upon graduation with plenty of roles available across all sectors of the economy. For many, studying in this country is their first step towards future success.

Videos from Graduate Schools in Denmark

What do I need to know if I want to study an MBA in Denmark?

How much will it cost to live and study in Denmark?

Students from EU or EEA countries can study for free at public universities in Denmark, with the tuition fees for private institutions falling in the region of €6,000 – €16,000. This is the price, therefore, that students from outside the EU/EEA should expect to pay for a master’s in Denmark. The cost of a Master in Business Administration in Denmark is likely to be at least €30,000, with many business schools charging up to €60,000.

Do I need to get a VISA to live and study in Denmark?

EU/EEA citizens who intend to stay in Denmark for more than three months will need to apply for a residence permit by taking a passport, two passport photos and your letter of acceptance to your closest Regional State Administration (Statsforvaltningen) in Denmark. Non-EU or EEA citizens will need to apply for the same permit before arriving in the country, and also provide proof of financial support. Full details on the Danish government website.

How reputable are Danish universities?

Denmark is not exactly one of the biggest countries in Europe, but its high-quality universities and business schools belie its small size. You will find that the University of Copenhagen, Technical University of Denmark, Aarhus University and Copenhagen Business School all rank amongst the best in Europe.

The unemployment rate in Denmark is consistently low – less than 5% – and students who graduate from a Danish university or business school will enter a job market brimming with possibilities. A master’s or MBA is the perfect way to get one step ahead of your rivals to secure that dream job in Denmark.

Are there a lot of international students in Denmark?