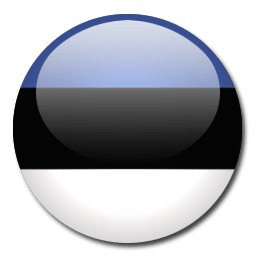 Considering Estonia as your study destination?

Could studying an MBA in Estonia be the most underrated option in the whole of Europe? With a population of just 1.3 million it is one of the smallest nations in the European Union, yet since joining the bloc in 2004 its economy has been one of the fastest-growing of any member state. It has also established itself as one of the most digitally-advanced countries in the world, with comprehensive Wi-Fi coverage, a pioneering e-residency scheme and 98% of government interactions taking place online. This digital infrastructure and ease of doing business in Estonia led to the founding of at least two Estonian companies you may have heard of: Skype and TransferWise.

Unsurprisingly, studying in Estonia is every bit as digitalized as living here. There are a plethora of online courses and over 100 are taught entirely in English. Although tuition here is free in many cases for EU citizens, in truth there are also plenty of benefits to studying in Estonia for non-EU students. One such benefit is the possibility to stay in the country for a period of up to nine months after graduation in order to look for a job. Yet one of Estonia’s biggest advantages is that it is such a hidden gem. After you’ve decided to study here just don’t tell too many people about it, OK?

Videos from Graduate Schools in Estonia

What do I need to know if I want to study in Estonia?

How much will it cost to live and study in Estonia?

The cost of living in Estonia is very reasonable considering it is on the doorstep of the comparatively expensive Scandinavia. University dormitory rooms cost between €80 and €150 per month, whilst private flats typically cost between €200 and €500 per month. The only Master in Business Administration program in Estonia, at the Estonian Business School, costs €6,200 with the option of a second year for a further €7,000.

Do I need to get a VISA to live and study in Estonia?

Estonia does not issue student visas and so all students will have to apply for the country’s temporary residence permit (TRP) instead. Non-EU citizens can start this process at their closest Estonian embassy whilst EU/EEA citizens must instead register their place of residence in Estonia at a local government office within three months of arrival. Full details can be found on the Study in Estonia website.

How reputable are universities from Estonia?

Estonia has one of the top-performing economies in the European Union and its job market has seen considerable growth in recent years. All non-EU students can stay in Estonia for up to nine months after graduating to look for a job in the country. Understandably there are more job opportunities available to speakers of Estonian, but that does not mean English language jobs are limited. Additionally it is said to take just 15 minutes to start a business in Estonia, making it one of the easiest places to do business in the world.

Are there a lot of international students in Estonia?

With over 100 English language courses, internationally-recognized qualifications and plenty of scholarship possibilities, studying in Estonia is an attractive option for international students. Just over 10% of the student body here is international.