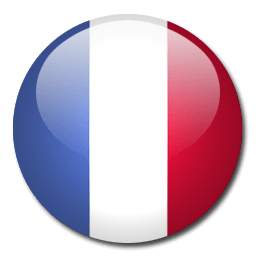 Considering France as your study destination?

France may well have one of the most recognisable cultural identities in the world. Some 90 million visitors flock to the country every year, mostly to its famous capital Paris but also to see the wine-making region of Bordeaux, the Gothic architecture of Lyon or to enjoy the 300+ annual days of sun in the luxurious French Riviera. And whilst it is well-known for being fiercely protective of its language and culture – English proficiency levels are amongst the lowest in Europe and Hollywood films do not dominate the film market like in most countries – these perceptions are fast-changing and France is now home to scores of world-leading, internationally-focused business schools and universities.

The country’s top educational institutions are all leaders in their field. Sorbonne University is a globally-recognised research center, INSEAD a world-famous business school whilst the University of Paris is one of the newest universities in the world, having only been established in 2019 after a merger between three universities. It already occupies a place within The Times Higher Education World University Ranking Top 150. Consistently a popular choice for international students and with high-quality universities throughout the country, France simply has to come into consideration when it comes to studying abroad.

Videos from Graduate Schools in France

What do I need to know if I want to study an MBA in France?

How much will it cost to live and study in France?

In autumn 2019 the tuition fees for international students outside of the European Economic Area (EEA) to study at public French universities increased significantly. Master’s programs now cost €243 per year for citizens of countries within the EEA and €3,770 for those outside of the EEA. However, as most business schools operate as private entities this change did not affect tuition fees for MBA programs, which normally cost around €30,000 on average, a figure which may be higher at the top schools such as INSEAD or HEC Paris. Monthly rent will be substantially higher in Paris, but in general you should budget around €500 a month for the other French cities.

Do I need to get a VISA to live and study in France?

Students may need to apply for a VLS-TS student (VLS-TS “étudiant”) visa before arriving in France. The French government website has a handy tool that lets you find out whether you will need a visa in a couple of minutes. You can find it here.

How reputable are French universities?

France is home to several top 100 global universities as well as some of the most prestigious MBA programs and business schools in the world such as INSEAD, HEC Paris, ESSEC, EDHEC Business School, NEOMA, ESCP, SKEMA, …

Graduates with master’s degrees or higher have an employment rate of over 90% in France, which has the 2nd-largest economy in Europe and the 7th-largest in the world.

Are there a lot of international students in France?