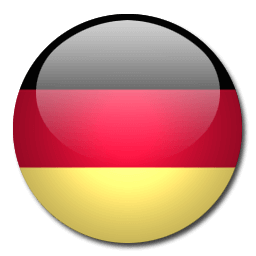 Considering Germany as your study destination?

Whether you plump for the business center that is Frankfurt, the liberal and open-minded city of Berlin or the historic port city Hamburg, Germany’s 16 states are varied and interesting enough to suit any taste. Its citizens have a quality of life that is considered as one of the best in the world due to the low unemployment rate, high wages vs relatively low cost of living and a rich cultural offering that means you are rarely going to get bored in your time here. In many ways Germany is at the apex of European culture and European business, offering a combination of the two that is unlikely to be bettered elsewhere.

As the undoubted financial powerhouse of the European Union, in large part due to its world-renowned manufacturing, pharmaceutical and construction industries, job prospects for graduates are good here. It is increasingly becoming a hotbed for international students having been named as the most desirable country to study in Europe for two years running
and only hosting fewer international students in Europe than the UK. Although the lure of free tuition for undergraduate programs (and some master’s degrees) is an obvious attraction for many, the country backs that up with world-class teaching and universities that are growing in reputation each year.

Videos from Graduate Schools in Germany

What do I need to know if I want to study an MBA in Germany?

Living and studying in Germany

Germany made headlines after abolishing tuition fees for undergraduate degrees in 2014. However, students are only able to study a master’s for free if it follows directly on from a bachelor’s degree gained in the country. If this does not apply to you, the cost of a master’s degree in Germany is representative of the high standard of education: expect to pay up to €30,000 per year at a private university. However, MBA programs do not fall under this category and so tuition fees are representative of the high standard of education in the country: expect to pay somewhere in the region of €30,000 – €50,000 for your Master in Business Administration in Germany (and more for an Executive MBA). In terms of living costs, monthly rent can range from €500 on the outskirts of the biggest cities to €1,000 for city center accommodation.

Do I need to get a visa to study in Germany?

Germany has some of the most welcoming visa requirements in the world, and citizens from the EU/EEA can enter the country without a visa and apply for their right to remain after arriving. The same is also true of several other countries – a full list of which can be found here. If you are not a citizen of one of the countries listed in the article then required documents include proof of health insurance, proof of sufficient funds, proof of previous studies/language skills and a letter of acceptance from your university.

How reputable are German universities?

Germany has the largest economy in Europe with significant manufacturing, pharmaceutical and construction industries. German graduates have an employment rate of over 90%, which is one of the highest rates in Europe.

Are there a lot of international students in Germany?

The country is second behind only the UK in Europe when it comes to international students, of which there are currently around 400,000 in the country.