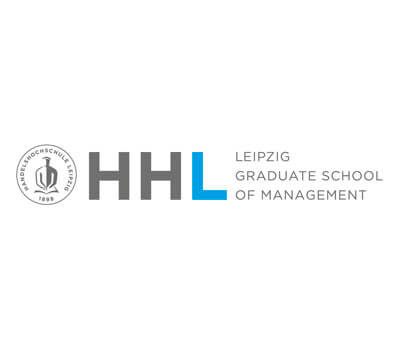 The story of both the HHL Leipzig Graduate School of Management and Leipzig itself is one of reinvention. The city’s population collapsed after the Second World War, plummeting from 709,000 in 1940 to just 470,000 in 1995. During the same period, HHL was forced to close and reopen several times, eventually opening under its current name in 1992.

But since then, they’ve both been revitalized. Leipzig is now the fastest-growing city in Germany, tagged as “the New Berlin” due to the influx of young people moving into the city. HHL has followed a similar trajectory, establishing itself as one of the top business schools in Germany and Europe.

HHL is now ranked as one of the top 50 business schools in Europe by the Financial Times and one of the top 100 globally by The Economist. And the spirit of the city has clearly rubbed off on the business school: Stifterverband für die Deutsche Wissenschaft rate it as the #1 entrepreneurial university in Germany. The school describes this as the “HHL Spirit”, and it’s something that pervades every part of this historic institution.

HHL’s Full-Time MBA can be completed in 15 months, with the option to extend your studies by a further six months. Its standout features are the career development opportunities it offers (87% of graduates launch a career in Germany) and exceptional ROI (graduates see an average salary increase of 80%). The Part-Time MBA, meanwhile, lasts 24 months and includes a Global Immersion Seminar in Boston. It fosters the same HHL spirit that you’ll find throughout the school and the city.

In a city that has reinvented itself over time, you could be inspired to do just the same in Leipzig.

What accreditations does HHL have?

HHL is accredited by AACSB International. We were the first private business school in the German-speaking region to have received this accreditation in 2004 and have been successfully reaccredited in 2009, 2014 and 2019 under the new standards.

All of our study programs are also nationally accredited by ACQUIN e.V.

Which rankings are HHL included in?

QS Global MBA Ranking 2022: HHL stands out with an exceptional return on investment. Graduates are able to repay their investment in just 3 years and the average ROI is $433.065.

América Economía MBA Ranking 2021: The MBA program was recognised for the highest ratio of female students in the world with 65% of the current class made up of women and ranked #6 worldwide for innovation.

The Economist Full-time MBA Ranking 2019: HHL’s full-time MBA program ranked #5 in Germany and secured a spot in the top 100 global MBA ranking for the 4th time in a row.

What is the class profile?

We place great value on diversity in our classes, on different levels:

Our program is made up interesting people from around the world. 90% of our MBA students are international students from more than 20 countries. They bring with them a diversity of cultures, customs and lifestyles.

Our students also have a wide range of backgrounds. We have engineers, doctors, musicians on the program to name just a few. Each one of our students brings a unique experience to the classroom from a different sector and company.

Some facts and figures of the last 2 MBA classes:

This excitingly diverse environment is the perfect setting to prepare our students for their international career, in intercultural teams and companies. Small classes and interactive group projects strengthen intercultural competencies and reinforce the team spirit.

What kind of candidates is HHL looking for?

We know that the perfect candidate does not exist! However we are looking for people with an interesting background and diverse qualities and therefore adhere to a careful and personal selection process.

When looking at a candidate’s suitability for the program we consider several factors, from a candidate’s academic performance to their motivation and goals for the future:

Undergraduate degree in any field from a recognised university

We are looking for candidates who are open to explore new ideas, team players with a strong vision and drive to make change happen. Convince us with a passionate letter of motivation that you are the perfect fit for HHL.

Is Entrepreneurship part of the curriculum?

Yes, we are Germany’s #1 Entrepreneurial university and entrepreneurship is what HHL stands for. There are several modules that are designed to strengthen innovation skills and increase the understanding of launching and managing a startup.

However we do not expect every student to launch their own start-up. We aim to give students the tools to restructure and guide companies through transformation, adopt an agile start-up mentality, recognize opportunities, take risks and experiment.

How does HHL support me and my career?

HHL has a highly dedicated and educated career development team to support our students. The team was ranked #1 in Germany in 2019 in Alumni Ratings for career services by the Economist and in 2021 was ranked #9 worldwide by the financial times Master in Management ranking.

We apply a multi-pronged approach which consists of an individual career strategy for every student, access to a career management tool box, a high-potential network and lifelong career guidance.

The MBA career development manager will identify the student’s purpose, help navigate the job market effectively and maximize the network.

What can I expect from the HHL network?

HHL is a small business school offering a very supportive network. From the get go we ensure that our students are part of this tight knit community. The foundation for this is laid during the welcome weeks. Students will meet like-minded and equally driven classmates.

There is a lot of focus on collaboration in the classroom and no one is ever just a number. Faculty and staff care deeply about every student’s personal and professional development and education.

The HHL community and spirit also goes far beyond the classroom. There are a number of excellent student initiatives to join and a first class alumni network is waiting after graduation.

We have an incredibly active alumni network with well over 3300 active alumni in more than 70 countries. There are more than 50 alumni events worldwide, currently 10 alumni chapters and one big homecoming event in Leipzig each year.

Alumni will quite often return to campus as guest lecturers, to actively recruit students or present companies they now work for.

Leipzig is an excellent city to be studying at. It was voted the top destination in Germany by Lonely Planet and most attractive city centre by IFH.

Fitting in nicely with HHL’s entrepreneurial spirit it is the fastest growing city in Germany with a lively startup scene.

Leipzig is also centrally located between Berlin, Munich and Frankfurt and home to many sports clubs and entertainment options. Whether you are a fan of soccer, a foodie or arts enthusiast you will find plenty to your linking in the city.

Above all it is a student friendly city with well over 41000 students and very affordable compared to some other big German hubs.

Although HHL Leipzig was originally founded in 1898, the start of wars and falling of walls meant it closed down and reopened several times before opening under its current name in 1992.

According to the Financial Times European Business School Rankings 2020, HHL Leipzig is one of the top 50 business schools in Europe.

HHL has more than 140 partner universities around the world. Students can choose to spend a semester at one of these institutions.

There are a total of 10 different scholarships available for HHL’s Full-Time MBA program, meaning students have plenty of options to finance their studies.