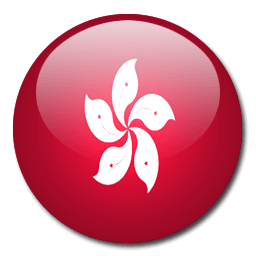 Hong Kong is a densely populated, global financial center that through a combination of low taxes and an international financial market has established one of the strongest economies in the world relative to its size. As a result of a history of both British and Chinese colonial rule, the region’s two official languages are English and Chinese, making for a unique mix of dialects and cultures. That blend of east and west also permeates the region’s architecture, where towering skyscrapers (Hong Kong has more than anywhere else in the world) stand side-by-side with British and Chinese-style structures.

In general each one of Hong Kong’s 11 universities has a primary language of instruction which is either Chinese or English. But no matter the language, the region’s universities are world-class and five of the 11 appeared in the top 100 of the most recent QS World University Ranking. It certainly makes Hong Kong one of the most appealing places to study in the world; a destination which can offer a plethora of English language programs, world-renowned universities and access to the fastest-growing economy in the world that is Asia’s.

HKU, The University of Hong Kong

What do I need to know if I want to study in Hong Kong?

Living and studying in Hong Kong

Do I need to get a visa to study in Hong Kong?

If you are not from China, Macau or Taiwan then it is necessary to apply for a visa to be able to study in Hong Kong. The full details can be found on the Education University of Hong Kong’s website.

How reputable are universities in Hong Kong?

With around one-third of Hong Kong’s population holding a degree, securing a master’s/MBA is key to standing out from the crowd and securing yourself a dream job after graduating.

Are there a lot of international students in Hong Kong?

International students make up around 20% of the total student population in Hong Kong, with the majority of those (65%) coming from mainland China.