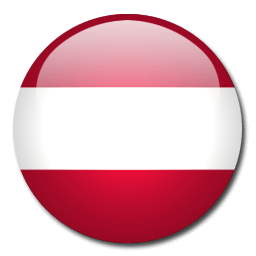 Considering Austria as your study destination?

Small in population it may be, but studying an MBA in Austria has long been a popular choice for international students. It is a historic country and throughout the 19th and early 20th century its capital Vienna was an international hub of culture, literature and politics, once being the third most-populous city in Europe. Austria has since blossomed into a wealthy nation with some of the highest living standards in the world. Vienna is the biggest and most famous city, but the likes of Salzburg, Graz and Linz also attract significant numbers of visitors every year.

You’ll find more than 70 universities and business schools throughout Austria with a significant number of master’s programs taught entirely in English. Tuition fees at the country’s public universities are free for EU/EEA citizens, whilst non-EU/EEA citizens will still find some of the most affordable fees in the continent despite the country’s excellent reputation for higher education. Austria is also ideally located in central Europe, making it the perfect base for exploring the continent. Yet with a high quality of life, world-famous culture and incredible natural scenery, you might decide to simply stay put in Austria. We certainly wouldn’t blame you.

Videos from Graduate Schools in Austria

What do I need to know if I want to study an MBA in Austria?

How much will it cost to live and study in Austria?

Although Austria is one of the more prosperous nations in Europe, you will find that the living costs here are favourable compared to other European countries. The official Study in Austria website estimates the average monthly rent to be €400, a figure which may be higher in the capital Vienna.

As most Master of Business Administration (MBA) programs are offered by private institutions, the cost of an MBA in Austria can vary. However, tuition fees are likely to be anywhere from €15,000 – €40,000 per year.

Do I need to get a VISA to live and study in Austria?

The visa requirements to study in Austria depend on both the length of your stay and your nationality. Prospective students will be required to apply for the visa in their closest Austrian embassy before they arrive in the country. You can find out all the details on the Austrian OEAD website.

How reputable are Austrian universities?

Austria is home to some 70 universities and business schools including the oldest German-speaking university in the world (The University of Vienna), one of the most-respected technical institutions in Europe (Vienna University of Technology) and the largest business & economics school in Europe (WU Vienna).

Although the coronavirus epidemic briefly pushed the unemployment rate in Austria to its highest ever level (13%), the country typically sees low unemployment rates (5 – 8%) with a GDP per capita that is amongst the top 15 in the world. Therefore graduates in Austria will find plenty of work opportunities and are even entitled to a 12-month job search visa after graduating.

Are there a lot of international students in Austria?