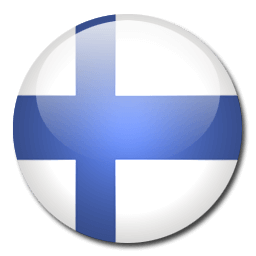 Considering Finland as your study destination?

Finland is a country of extremes, where long, dark, winter nights contrast with endless sunlight throughout the summer. It is home to some of the most dramatic landscapes in Europe; nature-lovers will never tire of exploring its 188,000 lakes and 180,000 islands as well as the forests that comprise 75% of its total land area. Around 20% of the country’s population reside in the capital Helsinki, which ranks amongst the world’s best cities in terms of quality of life. The contrasts that exist throughout Finland make it a fascinating place to live, and there is no happier country in the world according to the UN’s annual World Happiness Report.

Finland’s unique education system is considered to be one of the best in the world. An increased focus on pedagogy – the art of teaching – is part of teacher training here, while thriving tech and gaming industries make teaching materials innovative and cutting-edge. In fact, the Finnish education system is so respected that they actually export their education program worldwide. Despite a population of just 5.5 million, you will find several Finnish universities in global university rankings and they regularly outperform larger nations in higher education. A degree from a Finnish university is held in high regard all over the world and could leave you with job prospects brighter than the Finnish summer.

Videos from Graduate Schools in Finland

What do I need to know if I want to study in Finland?

How much will it cost to live and study in Finland?

Finland is one of the more expensive countries to live in Europe. An apartment in the capital Helsinki is likely to cost at least €1,000 per month, a figure which will decrease if you live outside of the city center or share with other people. The cost of an MBA in Finland is likely to cost between €30,000 – €40,000 depending on the prestige of the program and institution.

Do I need to get a VISA to live and study in Finland?

Only students from outside the EU/EEA are required to apply for a Finland student visa. The short-term visa covers stays of up to 90 days while the residence permit covers longer-term stays. You will need to show proof of funds to live in Finland in order to secure your residence permit. You can find full details on the Finnish Immigration Service website.

How reputable are Finnish universities?

Finland has a strong economy with a high GDP per capita and typically low levels of unemployment, yet an aging population and declining birth rate mean there are likely to be skills shortages for graduates to fill in the coming years. Although a high proportion of the population holds a degree-equivalent qualification or higher, the percentage of Finns with a degree in the fields of business, administration, and law is noticeably lower than other European countries. This may make a business degree or MBA in Finland particularly appealing.

Are there a lot of international students in Finland?

There are around 23,000 international students in Finland. That figure represents 8.2% of the country’s total student population, which is marginally above average in Europe.