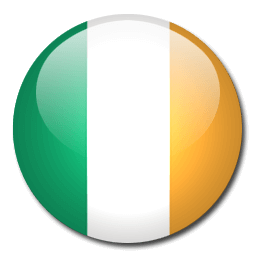 Considering Ireland as your study destination?

Nicknamed the “Emerald Isle” due to its abundance of greenery, Ireland has a long and colorful history that stretches back millennia. Famed for its literature, music, and sporting excellence, the cultural influence of Ireland stretches far beyond its borders partly thanks to the huge Irish diaspora around the world. There is a certain romance about this proudly European nation, which attracts millions of visitors to its shores every year. The majority head for the capital and largest city Dublin, yet Cork and Galway are also popular destinations for tourists and students alike.

Ireland’s popularity as an international study destination is growing every year, boosted by its world-class universities and status as the only English-speaking country in the European Union. Should you choose to stay here after graduation, multinational companies like Facebook, Google, Microsoft, Pfizer, and Apple all have headquarters here, offering plenty of job opportunities for talented graduates. Why wouldn’t you stay? Ireland’s economy is on an upward curve and the country can now offer some of the highest living standards in the world. We’ll meet you there.

Videos from Graduate Schools in Ireland

What do I need to know if I want to study in Ireland?

How much will it cost to live and study in Ireland?

At the most prestigious business schools in Ireland, you can expect to pay between €30,000 and €40,000 for an MBA. UCD Smurfit Graduate Business School is the only triple-accredited business school in Ireland and its full-time MBA program costs €34,500. Dublin is the biggest city in Ireland and has the highest cost of living. A one-bedroom apartment in the capital city can range anywhere from €1,200 to €2,000 depending on how central it is. The cost of living in Ireland’s other cities and rural areas is likely to be considerably cheaper.

Do I need to get a VISA to live and study in Ireland?

In general, if you do not require an entry visa to enter Ireland then you will not need a student visa either. Students from outside the EU will need to provide proof of funds during their time in the country. You can find more information on the Education in Ireland website.

How reputable are Irish universities?

Many foreign multinationals were drawn to Ireland after the country slashed its corporation tax to 12.5% in 1999. Tech companies Google, Facebook, Apple, and Microsoft are four of the biggest six companies in the country, meaning there are job opportunities in tech and IT in particular. The wealth of Ireland’s jobs are to be found in its capital and biggest city, Dublin.

Are there a lot of international students in Ireland?