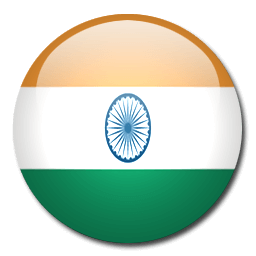 Considering India as your study destination?

Almost 20% of the world’s population resides in India, a sprawling nation which is expected to become the biggest in the world before the end of the current decade. Whether you choose to base yourself in the urban mass of Mumbai, the coastal charms of Chennai or the former capital Kolkata, whilst studying in India you’ll experience the dizzying mix of cultures, religions and languages that make it such a unique place. And as the nation’s economic power has grown, so too has the quality and availability of its universities and business schools. Subsequently India is becoming increasingly known as a destination for international students – rather than an exporter of them.

With some 900 universities scattered across the country, you won’t be short of options when it comes to choosing the one that’s right for you. Although India’s universities do not yet have the same international reputation afforded to their European or American counterparts, the numerous Indian tech innovators that power the dominance of US Silicon Valley firms suggests that higher education here may be somewhat underrated by the rest of the world. With cheap living costs, affordable tuition and the fact that English is the primary language of instruction in universities, perhaps you too should seriously start thinking about studying in India.

Videos from Graduate Schools in India

What do I need to know if I want to study in India?

How much will it cost to live and study in India?

Although living costs understandably vary a lot in a country the size of India, the Study in India government website suggests that students should expect to pay around $160 (€150) a month in rent – significantly cheaper than almost any other popular study destination. Studying a master’s in India is likely to cost between €2,500 and €6,500, though with over 900 universities here this is intended as a rough guide only. Studying an MBA in India should cost between €8,000 and €30,000, reaffirming the country’s status as one of the most affordable destinations for high-quality postgraduate study in the world.

Do I need to get a VISA to live and study in India?

Indian visa requirements are reasonably straightforward, with students required to provide proof of acceptance at an Indian university together with standard supporting documentation such as your passport. You can apply for your visa online at the Indian government website.

How reputable are universities from India?

Universities in India have a growing international reputation and now rank highly in university rankings. The various Indian Institutes of Technology (IITs) tend to rank the highest and often within the global top 200.

Bachelor’s degrees are the dominant higher education qualification in India, meaning opportunities may present themselves to graduates holding a postgrad degree such as a master’s or MBA. India has a rapidly-expanding economy that is expected to challenge China’s and the USA’s in the coming years, meaning now could be the perfect time to move here.

Are there a lot of international students in India?

There are currently just shy of 50,000 international students in India, though with lofty government ambitions to quadruple that figure it is likely to rise dramatically over the decade.