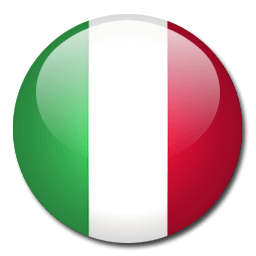 Considering Italy as your study destination?

With world famous cuisine, music and fashion as well as one of the largest diaspora on the planet, Italy’s influence upon the rest of the world far outweighs its size. It is a diverse country that is effectively divided in two; the south of the country is more rural and reliant on tourism whilst the industrial and urbanised north is the more prosperous region where you’ll find the major cities of Turin, Milan and Rome. Yet throughout all parts Italy you’ll find world class restaurants, globally-renowned architecture and historical monuments at every turn.

That storied history extends itself to the country’s universities. Italy can lay claim to having the world’s oldest university still in operation, with the University of Bologna believed to have been running since 1088. Indeed, three of the seven oldest universities are Italian (Bologna, Siena and Naples). The University of Bologna in particular remains one of the most reputable in the country, ranked in the top 200 worldwide by both QS and The Times, whilst SDA Bocconi was ranked at #3 in the most recent list of top European business schools by the Financial Times. You’ll be hard-pressed to find such a perfect blend of fascinating historical sights, picturesque rural landscapes and quality university education anywhere else.

Videos from Graduate Schools in Italy

What do I need to know if I want to study a MBA in Italy?

How much will it cost to live and study in Italy?

Compared to other major European countries, the cost of studying in Italy is very reasonable. Tuition fees for a master’s degree at a public university will cost somewhere in the region of €900 – €4,000 whilst fees at private institutions can reach €20,000 – though many will be significantly lower than that. Given that MBA programs are linked to private grad schools then the cost of them can vary quite a lot. However, you’re probably looking at an average of €20,000 – €40,000 in tuition. Accommodation costs are also cheaper in general than the rest of Western Europe, with shared apartments ranging from €300 per month in the smaller cities to €500 in the likes of Rome and Milan.

Do I need to get a VISA to live and study in Italy?

If you’re a non-EU/EEA student then you’ll need to provide fairly standard documentation (passport, confirmation of enrollment, photograph) as well as complying with some more stringent requirements such as proof of financial support, adequate health insurance and proof of accommodation. The Italian government website has a useful tool to determine the documentation you’ll need, which you can find here.

How reputable are universities from Italy?

Italy can count on the world’s oldest university still in operation in Bologna, whilst every major Italian town and city houses a university. The highest-ranked institutions include Scuola Superiore Sant’Anna Pisa, Scuola Normale Superiore di Pisa and the University of Padua (the second-oldest university in Italy). SDA Bocconi, meanwhile, is one of the top-ranked business schools in the world with a highly-reputable MBA program.

There’s little doubt that Italy is still feeling the aftereffects of the 2008 financial crisis, and so there’s no getting away from the fact that jobs for graduates are hard to come by in Italy. However, it is another country where the percentage of the population with a master’s degree or particularly MBA is relatively low, meaning these qualifications can put you ahead of the competition.

Are there a lot of international students in Italy?