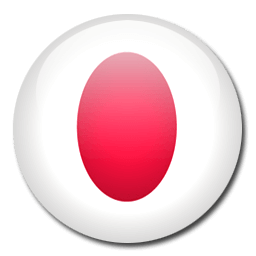 Considering Japan as your study destination?

A country that effortlessly blends ancient traditions with an ultra-modern infrastructure, Japan is an enduringly popular choice for international students. Over 200,000 decided to study in Japan in 2019, no doubt attracted by the amazing geography, world-famous culture and high-quality universities. Although Tokyo houses the majority of students here, the cities of Osaka, Kyoto and Yokohama are all equally popular student cities. Japan is undoubtedly one of the more expensive places to study in the world, but in return you’ll receive world-class education whilst being able to immerse yourself in one of the world’s most fascinating countries.

The country’s top-ranked universities are dotted throughout the country and include The University of Tokyo, Kyoto University and Osaka University. They all featured in the top 100 of the QS World University Rankings 2021 and are all part of the prestigious National Seven Universities – a group of Japanese universities comparable to the Russell Group in the UK or the Ivy League in the USA. The typical language of instruction in university courses is Japanese, but a growing number of institutions are now offering programs taught entirely in English. If studying in Japan sounds appealing, you can find out all you need to know right here on MBAGRADSCHOOLS.

Videos from Graduate Schools in Japan

What do I need to know if I want to study an MBA in Japan?

How much will it cost to live and study in Japan?

Japan is one of the most prestigious study destinations in the world yet its tuition fees are typically more affordable than in places such as the United States, United Kingdom and Australia.  The cost of an MBA in Japan can range anywhere between €15,000 and €40,000 depending on the institution. In terms of living costs, the Study in Japan government website states that the average monthly rent in Tokyo is just over €300 per month, with a national average of €250.

Do I need to get a VISA to live and study in Japan?

One you have accepted the offer of a place at a Japanese university, they will typically apply for a Certificate of Eligibility on your behalf – but be sure to check first as not all universities start this process for you. When you receive your Certificate of Eligibility, you must take it to your nearest Japanese embassy along with proof of financial funding, your passport, photographs and the visa application form. Full details can be found on the Japanese government website.

How reputable are universities from Japan?

Japan has the third-largest economy in the world and is home to world-leading automotive, electronic and IT industries. English-speaking jobs will predominantly be available at multinational companies located in Tokyo, but if you’re proficient in Japanese then it will be possible to search for jobs beyond the capital. It should be noted that the Japanese work culture is markedly different to many Western cultures, and you should research the differences accordingly before applying for jobs.

Are there a lot of international students in Japan?

There are thought to be just over 200,000 internationals studying in Japan, though the government’s target is to reach 300,000. It is the eighth most popular international study destination in the world and the top three sending countries in 2019 were China, Vietnam and Nepal.