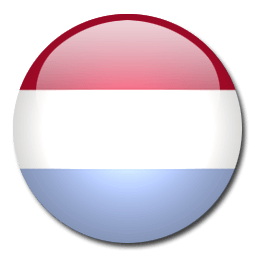 Considering Luxembourg as your study destination?

Students who come to study an MBA in Luxembourg will discover one of the most visually-appealing countries in the world, with capital Luxembourg City famed for its medieval castles, grand cathedrals and glorious architecture. Despite its small size Luxembourg is one of the most unique countries in Europe and well used to punching above its weight in terms of GDP, quality of life and average wage. It also could not have a much better location from which to explore the rest of Europe, sharing land borders with France, Germany & Belgium and lying within easy reach of all Europe’s major capital cities.

Luxembourg is well-accustomed to welcoming international citizens. Around half of the total population is foreign-born, with many more who work here but live abroad, making it one of Europe’s most multicultural nations. That cosmopolitanism also permeates the country’s higher education institutions, which despite being few in number have a naturally international outlook and lofty ambitions. English language programs are widespread, cultural exchanges with partner schools throughout the world are common and work opportunities at some of the country’s major employers – including Amazon, the European Parliament and BNP Paribas – are a logical post-graduation route for those studying in Luxembourg. Is it time you started seriously considering this hidden gem of a study destination?

Videos from Graduate Schools in Luxembourg

What do I need to know if I want to study in Luxembourg?

How much will it cost to live and study in Luxembourg?

For a country with such exceptionally high average wages and standard of living, the cost of studying in Luxembourg is very reasonable. The University of Luxembourg, for instance, charges €400 for the first semester and then €200 for subsequent semesters. The cost of an MBA in Luxembourg ranges from €17,000 – €30,0000, which is certainly cheaper than the average cost in neighboring countries. Even affordable accommodation can be found in university halls of residence, where it is possible to find a room for €500 a month. However, if you go through the private route then the price is likely to exceed €1,500 per month for a one bed apartment.

Do I need to get a VISA to live and study in Luxembourg?

Citizens of other countries within the EU/EEA do not need to apply for a student visa in Luxembourg. Students from the rest of the world will have to apply for a temporary visa before they arrive and then a residence permit after they arrive in the country. Further details can be found on the Luxembourg government’s website.

How reputable are universities from Luxembourg?

Luxembourg can count on a highly-skilled, highly-educated workforce with a GDP per capita that is double the European average. Subsequently the country has one of the highest average starting salaries for graduates in Europe.

Are there a lot of international students in Luxembourg?

Luxembourg itself is a hugely multicultural, international location and its universities are of a similar ilk. Universities typically teach in three different languages – French, German and English – which attracts large numbers of students from all over the world.