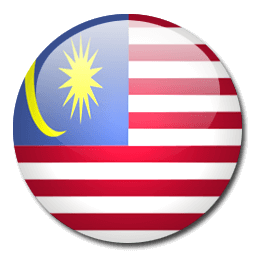 Considering Malaysia as your study destination?

Malaysia’s vast and varied territory encompasses two distinct regions separated by the South China Sea: Peninsular Malaysia and East Malaysia. If you study an MBA in Malaysia you’re more likely to find yourself in the developed Peninsular Malaysia, which contains the capital Kuala Lumpur and most of the biggest cities in the country. East Malaysia is located on the island of Borneo and is more sparsely populated with a greater proportion of green spaces. Since gaining independence from British colonial rule, Malaysia has enjoyed consistent economic growth to transform itself into one of Asia’s most modern, prosperous and forward-thinking nations.

Affordable tuition fees, a majority of English-taught programs and a burgeoning reputation for higher education are all combining to make Malaysia an extremely popular international study destination. Just under 130,000 international students chose to study in Malaysia in 2019, and the national government is targeting 250,000 international students by 2025. The oldest and most prestigious university in the country is Universiti Malaya, which has risen from 114th in the QS World University Rankings in 2018 to sit 59th in the 2021 rankings. The growing prestige of Malaysia is evidenced in the fact that MIT, one of the top universities in the world, recently helped to establish the Asia School of Business in Kuala Lumpur.

Videos from Graduate Schools in Malaysia

What do I need to know if I want to study in Belgium?

Living and studying in Malaysia

In general the cost of living in Malaysia is much lower than in Europe, North America and some of Asia. The capital Kuala Lumpur is the most populous city and you can expect to pay no more than €500 per month for an apartment here, with the rent in Malaysia’s other cities likely to be much lower (in fact, Kuala Lumpur is rated by QS as the second most affordable student city in the world).

The cost of an MBA in Malaysia is also markedly cheaper than leading countries for higher education. They can range from €5,000 to €15,000, although foreign universities with a campus in Malaysia may charge more.

Do I need to get a visa to study in Malaysia?

All international students hoping to study in Malaysia will need to acquire what is known as a Student Pass. The majority of universities will apply for this on your behalf, but it’s best to double-check this beforehand as not all of them will. You can find out more information on the government’s Education Malaysia website.

How reputable are universities in Malaysia?

The top-ranked university in the country according to QS is Universiti Malaya, which in recent years has risen 55 places to 59th in the global ranking. Other notable universities include The National University of Malaya and Universiti Putra Malaysia. In addition, the likes of Heriot-Watt University, the University of Nottingham and MIT all have foreign campuses in Malaysia.

Malaysian companies are obliged to employ a certain number of Malaysian employees, with limits on place for the number of foreign nationals that they are allowed to employ. Whilst this initially may seem disheartening, it’s worth knowing that Malaysia publishes an annual Critical Occupations List that highlights the country’s skill shortages that you could target. Those who wish to study an Master in Business Administration in Malaysia may be interested to learn of the various management positions that feature in the top 10 such as Managing Director, Finance Manager, Business Service Manager and Marketing Manager.

Are there a lot of international students in Malaysia?

In 2019 Malaysia was home to just under 130,000 international students, with optimistic government targets for 250,000 by 2025. The quality of education is high, the cost of living is low and the country’s universities have a strong global reputation, so all in all Malaysia makes for a fantastic international study destination.