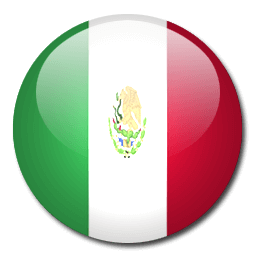 Considering Mexico as your study destination?

More and more people are choosing to study an MBA in Mexico; a regional powerhouse that is starting to emerge as a global political, cultural and economic force. It can boast the highest number of UNESCO World Heritage Sites of any country in Latin America, with one of those, Chichén Itzá, also classed as one of the Seven Wonders of the World. Yet Mexico is perhaps most famous for its cuisine. Avocado, tomato, zucchini, chocolate and jalapeños are all native to Mexico, whilst you’re likely to find Mexican restaurants serving tacos, quesadillas and enchiladas all over the world. A country with such a rich cultural output certainly makes for an amazing place to live and study.

The Mexican government elected in 2018 made huge commitments to invest in higher education, promising 100 new universities and almost 2m extra university places throughout its term in office. It is symbolic of Mexico’s growing status as a highly-developed, 21st century country. With some of the highest-ranked universities in Latin America, a totally unique way of life and much cheaper living costs than the rest of North America, it’s easy to see why so many international students are now choosing to study in Mexico.

Videos from Graduate Schools in Mexico

What do I need to know if I want to study in Mexico?

How much will it cost to live and study in Mexico?

In terms of the cost of a Master in Business Administration in Mexico, the average is around €30,000. You’re probably looking at paying €400 a month for an apartment in Mexico City, whilst other cities in Mexico are likely to cost less.

Do I need to get a VISA to live and study in Mexico?

EU/EEA citizens who intend to stay in Denmark for more than three months will need to apply for a residence permit by taking a passport, two passport photos and your letter of acceptance to

You will need your letter of acceptance from the university, proof that you can support yourself financially in Mexico as well as identity documents to obtain a student visa in Mexico. You can find the full details on the Mexican government website (in Spanish).

How reputable are Mexican universities?

The country’s top universities, including Tecnológico de Monterrey and Universidad Nacional Autónoma de México (UNAM), have been rising the rankings in recent years to sit on the fringes of the top 100 globally. IPADE Business School, meanwhile, is seen as one of the best schools in the world outside of the USA.

There’s no getting away from the fact that graduates in Mexico will enter a tough job market and developing economy. However, it should be noted that less than 20% of the adult population hold a university degree of any kind, so entering the job market with a master’s or MBA will put you at a huge advantage.

Are there a lot of international students in Mexico?