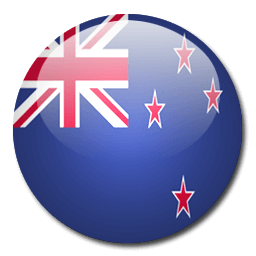 The fact that New Zealand was the last landmass to be colonized owes more to its remoteness than its attractiveness to humans. Throughout the country’s north and south islands you’ll find spectacular landscapes and wildlife so vast that animals outnumber humans by 19 to one. It is a sparsely populated nation of around five million, most of whom reside in urban areas such as Auckland, Wellington, and Christchurch. These cities are ranked among the most liveable in the world, combining a high quality of life with a temperate climate and progressive social policies.

New Zealand is home to a number of highly-regarded business schools that feature prominently in global rankings. Despite the quality of the schools, the tuition fees in New Zealand tend to be more affordable than other popular study destinations. And people who do choose to study here come away from their degree with transferable skills that are valued by employers across countries and industries. While this means New Zealand’s graduates are set up for success throughout the globe, the chance to enjoy the country’s unmatchable quality of life and ease of doing business persuades many to stay put after their MBA. We certainly don’t blame them.

What do I need to know if I want to study in New Zealand?

How much will it cost to live and study in New Zeland?

Given the high quality of life, living costs in New Zealand are above average. A one-bedroom apartment located in the major cities will typically cost around €1,000 per month, though this figure varies depending on many factors. The cost of an MBA in New Zealand could be anywhere between €35,000 – €50,000 depending on the institution.

Do I need to get a VISA to live and study in New Zealand?

If you’re planning on spending more than three months in New Zealand, you’ll need a student visa. To see the full list of requirements and apply online, visit the Study in New Zealand website.

How reputable are universities from New Zealand?

New Zealand has a developed and dynamic economy with a GDP per capita that is one of the highest across the globe. Unemployment rates have remained steadily below 5% for a number of years and there are job opportunities aplenty. It is not a hotspot for multinational corporations, so you’re more likely to find work in SMEs or startups.

Are there a lot of international students in New Zealand?

International students make up around one-third of the university student population in New Zealand, which is one of the highest ratios of any country in the world.