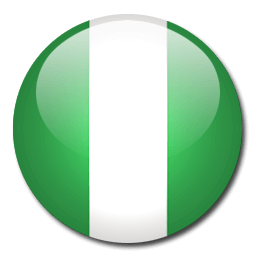 Considering Nigeria as your study destination?

Nigeria is the biggest nation in Africa and easily the most diverse, with a staggering 250 ethnic groups living throughout the country. It has the largest economy in the continent, with one Citigroup report predicting that it will have the highest average GDP growth in the world from 2010-2050. It is also a global hub of black and African culture that has spawned one of the largest film industries in the world (‘Nollywood’) as well as pioneering music genres such as jùjú and Afrobeat. Nicknamed ‘The Giant of Africa’, this vast and varied country never ceases to amaze.

The number of Nigerian universities is expected to double by 2025, making it an exciting time to come and study in Nigeria. The country also reached a landmark in 2020 when the Lagos Business School Executive MBA became the first African program to feature in The Economist’s prestigious annual MBA ranking. It is illustrative of the country’s growing excellence in higher education teaching. With the country experiencing explosive population growth, the responsibility will surely fall upon the next generation of business leaders to create an economy powerful enough to cope. Are you up for the challenge?

Videos from Graduate Schools in Nigeria

What do I need to know if I want to study in Nigeria?

How much will it cost to live and study in Nigeria?

Lagos and capital Abuja are considered to be two of the most expensive cities in Africa. Monthly rent in these Nigerian cities is likely to cost between €400 and €700 per month in a shared flat, whilst your own apartment could cost over €1,000. In terms of studying for an MBA in Nigeria, the tuition costs range from €5,000 to €10,000.

Do I need to get a VISA to live and study in Nigeria?

To study in Nigeria you must apply for a Combined Expatriate Residence Permit and Aliens Card (CERPAC), which is valid for up to two years. Along with the general requirements, foreign students must provide an admission letter, letter of acceptance and proof that the school fees have been paid for. You can apply online or find out more on The Nigeria Immigration Service website.

How reputable are universities from Nigeria?

As one of the most developed countries in Africa, Nigeria has a large (and expanding) network of public and private universities. The University of Ibadan, Lagos State University and University of Lagos are three of the highest-ranked institutions in the country, whilst Lagos Business School became the first African school to appear in The Economist Executive MBA Ranking in 2020.

With Nigeria’s population growth currently outstripping economic growth, graduates are entering a challenging job market. However, getting a master’s or Master Business Administration could set you apart from the competition. Figures from Lagos Business School indicate that 92% of its graduates secured a job at a top company within a year of graduation, whilst its post-graduation salary increase of 77% was one of the highest increases of any business school. This illustrates the potential for a lucrative career in Nigeria with the right qualifications.

Are there a lot of international students in Nigeria?

The Times World University Rankings 2021 show that the percentage of international students in the ranked Nigerian universities is between 0 and 1%. Yet affordable tuition fees, courses taught in English and the chance to live in one of the most diverse countries on the planet are all major motivations to study in Nigeria.