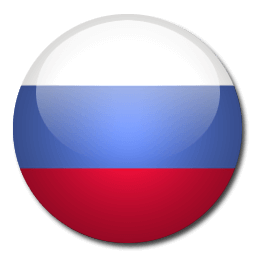 Considering Russia as your study destination?

Should you decide to study in Russia you’ll be studying in the biggest country on the planet; one that can boast thousands of years of history with architecture, literature and art that is admired the world over. Every year hundreds of thousands of international students enjoy the splendor of Moscow, the cultural attractions of St. Petersburg and the student-centric city of Kazan, which houses a total of 44 universities. There really is something for everyone to enjoy in Russia, a country which is now one of the most popular destinations for international students after several years of growth in popularity.

As a result of increased investment in its higher education sector, Russia has seen big improvements in the quality of its universities. It means that Lomonosov Moscow State University is now a top 100 global university, whilst contemporaries such as Saint Petersburg State University and Novosibirsk State University are amongst the top 100 in Europe. And if you do decide to study in Russia then the tuition fees here are very affordable compared to other major global nations. Is it time you explored this vast land for yourself?

Videos from Graduate Schools in Russia

What do I need to know if I want to study in Russia?

How much will it cost to live and study in Russia?

The official Study in Russia website estimates that in Moscow and St. Petersburg you can expect to pay between €350 – €400 per month for a bedsit or €180 – €250 for a room in a shared apartment. However, in smaller cities such as Novosibirsk the prices could be 50% cheaper. The cost of studying an MBA in Russia vastly differs depending on the institution, with the most expensive typically being double degrees with European or North American universities. The tuition fees can be anywhere between €5,000 and €60,000.

Do I need to get a VISA to live and study in Russia?

Visa-free stays in Russia are generally limited to three months, so the vast majority of students in Russia will need to apply for a student visa. You must apply in the Russian Embassy or Consulate in the country of your residence. Full details can be found on the Study in Russia website.

How reputable are universities from Russia?

Whilst there are jobs available in Moscow and St. Petersburg for English speakers, if you also speak Russian then you will be at a significant advantage over others. With a reasonably low unemployment rate (6.3% in July 2020) and one of the largest economies in the world, there is certainly potential for a successful post-graduation career in Russia.

Are there a lot of international students in Russia?