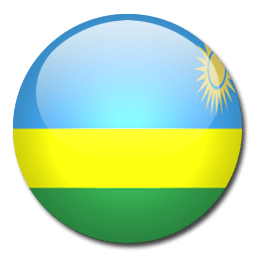 Considering Rwanda as your study destination?

Since the turn of the 21st century Rwanda has slowly become one of the safest, least corruptible and forward-thinking nations in Africa. It has one of the fastest-growing economies in the world as well as pioneering environmental policies that include a total ban on the production or use of plastic bags and a series of protective measures for its sweeping national parks. A lot of the progress that the country has made in recent years can be attributed to its Vision 2020 plan; a series of objectives set out in 2000 to transform Rwanda into ‘a knowledge-based middle-income country’ by 2020.

One of the stated aims of Vision 2020 was making Rwanda an attractive place to do business – the success of which is made clear in the fact that the country now ranks 29th in the World Bank Ease of Doing Business Index: the highest-ranked country in Africa by far. All of these factors mean that studying in Rwanda is an increasingly popular option for international students. Both tuition fees and living costs are extremely affordable within a global context, whilst increased investment in the country’s higher education sector is resulting in rapid improvements in teaching standards, facilities and international prestige.

Videos from Graduate Schools in Rwanda

What do I need to know if I want to study in Rwanda?

How much will it cost to live and study in Rwanda?

The cost of studying in Rwanda is generally very affordable compared to most countries. Master’s programs will range between €1,000 at public universities to €4,000 at private institutions. The Master in Business Administration programs in Rwanda are some of the most prestigious in Africa and can cost up to €30,000 in tuition. Given that Rwanda is still a developing country, accommodation costs are also very affordable, starting from €300 a month for a furnished city center flat.

Do I need to get a VISA to live and study in Rwanda?

Students do not need to apply in advance for a visa to study in Rwanda, but will need to do so when they arrive. Required documentation includes a passport with a minimum validity of one year, your university admission letter and proof of funds. Full details can be found on the ALU website and migration.gov.rw

How reputable are universities from Rwanda?

Rwanda’s higher education sector is still developing and so you are unlikely to come across the country’s universities in global rankings. However, with rising domestic and foreign investment into both higher education and business this situation is likely to change in the coming years.

In such a rapidly-expanding economy, graduates holding a master’s or MBA are likely to find themselves at the front of the queue when it comes to employment opportunities. Working in Rwanda also provides graduates with an incredible opportunity to power the economic growth of an emerging country and continent.

Are there a lot of international students in Rwanda?

Given its reputation as a safe and politically-stable nation with affordable study costs, more and more international students are now choosing to study in Rwanda. Continued investment into the higher education sector means that the international student market is expected to grow in the coming years.