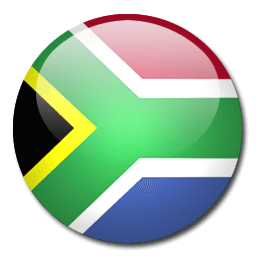 With a dramatic geography that encompasses everything from vast grasslands to golden beaches and a population made up of several distinct ethnic groups speaking 11 official languages, it’s little wonder that South Africa is known as the ‘Rainbow Nation’. It is the economic driver of Africa and holds a growing influence on the world stage since emerging from apartheid in the 1990s. Millions of tourists flock here every single year to see the stunning natural geography and wildlife housed here along with the urban centers of Cape Town, Durban and Johannesburg. Indeed, South Africa’s cities are all perfect illustrations of the country itself: dramatic, exciting and with the capacity to surprise.

Given South Africa’s economic and cultural pre-eminence within Africa, it is of little surprise that the country is also a continental hotbed for higher education. It is now the third most popular international destination for African students behind France and the UK, yet with more affordable tuition fees, cheaper living costs and universities that are amongst the global top 200, it is not unthinkable that South Africa will displace those two in the coming years. We certainly wouldn’t blame you if you decided to study your master’s/MBA in South Africa.

What do I need to know if I want to study an MBA in South Africa?

How much will it cost to live and study in South Africa?

If you’re studying at a public university then the cost of a master’s in South Africa is very reasonable – between €1,000 and €4,000 per year. As with most countries, private institutions are considerably more expensive and fees for master’s can reach €30,000 – though most are considerably more affordable. MBAs in South Africa are extremely affordable compared to many European, North American and Asian nations, averaging around €10,000-€15,000 per year. University of the Witwatersrand estimate that a flat in the country’s biggest city Johannesburg will cost you around €300 per month.

Do I need to get a VISA to live and study in South Africa?

Foreign students wishing to study an MBA in South Africa will have to apply for a visa in the South African embassy in their home country. The requirements are fairly atypical of student visas, so you’ll have to provide proof of acceptance at your university, proof of funds for your stay and a copy of your passport. Full details can be found on the South African government website.

How reputable are South African universities?

With a stubbornly high unemployment rate for the country’s graduates, master’s degrees are increasingly seen as the route to securing a well-paid job in what is Africa’s second biggest economy. Just 6.3% of the population hold a master’s or equivalent, meaning that students taking advantage of the very affordable tuition fees here are at an instant advantage upon graduation.

Are there a lot of international students in South Africa?

South Africa attracts in the region of 50,000 international students every year and is the third-most popular destination for students from the rest of the continent (behind the UK and France).