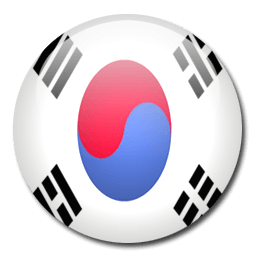 The fortunes of North and South Korea could scarcely have been more different since splitting in 1948. Whilst North Korea retreated within itself to become one of the most secretive nations in the world, South Korea has developed into a modern, international country that has seen extraordinary economic growth. Its GDP is now the 12th highest in the world and it is considered a world leader in the fields of education, technology and transport. The so-called ‘Korean Wave’, meanwhile, has seen South Korea film, TV and music become enormously popular across the globe.

Investment into education has been a key government strategy over recent decades and it means the country is now home to a number of world-class universities and business schools. With cutting edge campuses, international faculties and globally-renowned teaching standards, the number of international students in South Korea has increased dramatically. From just over 12,000 international students in 2003, the government now looks like it will meet its target of having 200,000 foreign students here by 2023. It is symbolic of the growth of South Korea as a whole, which has seen it transformed into one of the most prestigious study destinations in the world.

What do I need to know if I want to study in South Korea?

How much will it cost to live and study in South Korea?

With the government having a stated aim of hosting 200,000 international students in the country by 2023, there are considerable financial incentives for international students to study in South Korea. The cost of studying for an MBA in South Korea varies between schools, but rarely exceeds €40,000. Accommodation costs in Seoul are generally between €350 and €550 per month for a shared flat.

Do I need to get a VISA to live and study in South Korea?

If you wish to study in South Korea then you’ll need to apply for a D-2 visa, which is valid for two years. You can find more information on the South Korean government website.

How reputable are universities from South Korea?

South Korea has a burgeoning reputation in higher education, with six of its schools featuring in the top 100 of the QS World University Ranking 2021. Korea University Business School and Yonsei University School of Business are two of the country’s most prestigious business schools, whilst SolBridge International School of Business is the youngest school ever to receive AACSB accreditation.

Although the country’s economy has seen unprecedented growth since the 1960s, the rate of job creation since the 2008 global economic crisis has been slow. Acquiring a basic grasp of Korean, identifying the country’s skills shortages and securing a postgraduate qualification are all essential for standing out in a crowded job market.

Are there a lot of international students in South Korea?