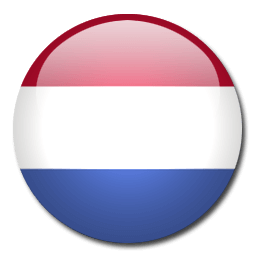 MBA in The Netherlands

Considering The Netherlands as your study destination?

When thinking of the Netherlands one often conjures up images of windmills, bikes and bridges; three suitably idyllic symbols of this prosperous Northern European nation. Its capital Amsterdam is a world-famous tourist destination and one of the most vibrant cities in Europe, yet lesser-known Dutch cities such as Rotterdam, Utrecht and The Hague house thriving student populations and are renowned as higher education hotspots. They are hardly a hidden secret, mind, given that international student numbers in the country are at a record high, currently making up 11.5% of the total student population.

Students arriving in the Netherlands will enjoy a country full of scenic waterways, endless bike lanes and plenty of greenery, yet do not be fooled by its sleepy appearance: it is a country home to some of the biggest companies in the world (Shell, Unilever, Heineken) with a highly-active and developed economy. Over the years it has also established itself as a primary European transport hub; the Port of Rotterdam is the largest port in Europe whilst Amsterdam Schiphol Airport is only bettered in size by London’s Heathrow. Throw in generous post-graduation visa options, a plethora of English programs available to students and efficient public transport systems throughout the country and you’ve got yourself one of the best study destinations in Europe.

Graduate Schools in The Netherlands

Top MBA Programs in The Netherlands

Rotterdam, The Hague,
The Netherlands

Videos from Graduate Schools in The Netherlands

What do I need to know if I want to study an MBA in The Netherlands?

How much will it cost to live and study in The Netherlands?

Although it is generally one of the more expensive countries in Europe, the tuition fees in the Netherlands are very affordable. Students from within the EU/EEA won’t pay more than €2,083 a year in tuition, whilst students from the rest of the world can expect to pay somewhere between €6,000 – €20,000. In terms of monthly rent, the minimum figure you are looking at to live in a city is around €600, but prices in Amsterdam in particular are likely to be higher.

Do I need to get a VISA to live and study in The Netherlands?

To study in the Netherlands you will need to apply for something called a residence permit, the requirements of which differ depending on whether you are an EU/EEA or non-EU/EEA student. More details can be found on the Dutch government website.

How reputable are The Netherlands’ universities?

World-class universities are scattered throughout the country, the highest-ranked of which are the Delft University of Technology, the University of Amsterdam and Utrecht University.

The Netherlands is one of the highest-earning nations in the world with one of the highest GDPs per capita of any country. The pharmaceutical, creative and financial services industries are amongst the biggest in the country, which can also count on the biggest port in Europe (Rotterdam) and 2nd biggest airport in Europe (Amsterdam Schiphol), making it a key transport hub.

Are there a lot of international students in The Netherlands?