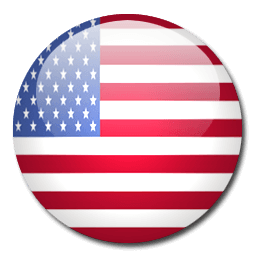 MBA in the United States of America

Considering the US as your study destination?

The United States of America is one of the most influential and powerful nations in the world; a behemoth that contributes one quarter of the entire planet’s GDP and holds enormous political, economic and cultural sway over the rest of the world. It is a vast and varied country whose leading educational institutions dominate global university rankings year-on-year. Somewhere in the region of one million international students come to the United States every year, throwing themselves into the hustle and bustle of New York City, the picturebook landscapes of Los Angeles and the famous college campuses of Harvard, Stanford & Yale.

A long list of entrepreneurs, leaders and influential global figures have emerged from the doors of American universities like these over the years, subsequently helping to make the US economy what it is today: dominant globally, highly-diversified and with boundless job-creation potential. Graduates from the USA’s top schools will enter a job market that offers opportunities in the likes of pharma, manufacturing and tech as well as an infrastructure that allows entrepreneurs to build and scale up successful businesses. There are not many more appealing places to study for your master’s than in the USA.

Graduate Schools in the US

Top MBA Programs in the US

KU School of Business, The University of Kansas

University of Illinois at Chicago

Videos from Graduate Schools in the US

What do I need to know if I want to study in the United States of America?

As you might expect from a country the size of the USA, the cost of studying and living can vary dramatically from city-to-city. You might struggle to find a school with tuition fees that are below $20,000 a year, and at the top schools the fees can exceed $100,000.

In terms of rent, the average in cities such as New York and Chicago is around $3,000, but that will likely be significantly cheaper in other parts of the country.

Do I need to get a visa to study in the US?

Generally a student visa is required for all foreign nationals to study in the USA. Full details can be found in the U.S. Department of State website.

How reputable are the United States’ universities?

American universities dominate the global rankings every year, with the likes of MIT, Harvard, Stanford, Yale and Columbia regularly appearing towards the top.

With a low unemployment rate and the largest global economy, highly-qualified master’s graduates should have a wealth of opportunities available to them if they choose to pursue a role in the United States after graduating.

Are there are a lot of graduate students in the US?

The USA houses the highest number of international students of any country in the world: about 1 million. Almost half come from China and India.