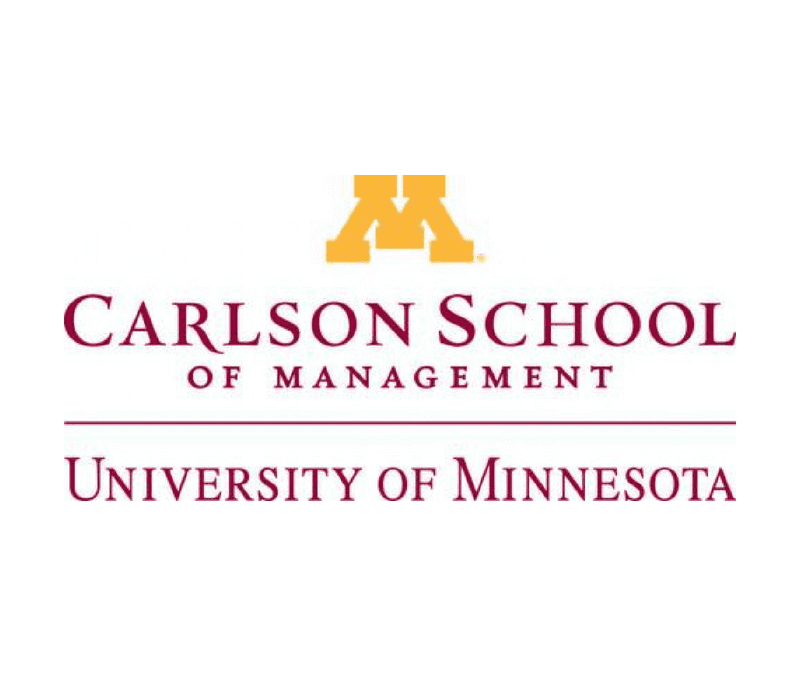 ABOUT Carlson School of Management, University of Minnesota

Located on the west bank of the Mississippi River in Minneapolis, and part of one of the leading public research universities in the country, the Carlson School of Management has a rich history of educating the world’s current and future business leaders.

Since its founding in 1919 as the University of Minnesota School of Business, the school has grown, changed names, and moved locations, all while maintaining a continued commitment to excellence. This evolution has been helped through the generosity of many business partners, most notably Curt Carlson and Herbert M. Hanson, Jr.

In 1986, Curt Carlson (founder of Carlson Companies and namesake of the Carlson School) made a $25 million gift to the University of Minnesota, which at the time was the largest single gift ever given to a public university. In his honor, the School of Management was renamed the Curtis L. Carlson School of Management. His gift established several endowed chairs and marked the beginning of Carlson School’s ascent into the upper echelon of business schools. In 1993, Carlson made the lead gift for the Carlson School building, sparking gifts from individuals, corporations and foundations, as well as a legislative commitment. The building was dedicated in 1998.