Matt Harland is an Australian risk and governance professional who completed his MBA at the Copenhagen Business School in 2015. He’s now working as the Director of Risk and Governance for independent government agency Infrastructure New South Wales. He discusses the differences between Danish and Australian culture, why Danish society provides a great mindset for business, and how doing the Copenhagen MBA MBA can give you a flexible toolbox that’ll help you reach your professional goals. 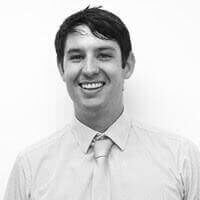 “The [Copenhagen] MBA was extremely personal. It was very intimate, being in a class with 40 to 50 people meant that you could really come together. I think that’s a special bond that’s very unique to Copenhagen Business School. With other schools, you may get a larger network of 400 or 500 people per year, but I guarantee that this network…is going to be more valuable and close to your heart.”
Matt Harland – Copenhagen Business School
Go to video

Societal differences between Denmark and Australia

When Matt Harland was initially considering different MBA opportunities, he was attracted to Denmark because of its societal differences with Australia.

Matt explains that “Australia, the US, the UK, Germany, Japan…a lot of the big, industrious-type nations are very masculine [societies],” whereas “Scandinavia and Denmark specifically is more of what they call a feminine society, they’re much more flat in their hierarchies.” (00:28)

This difference stood out to Matt and ultimately made him decide to study at Copenhagen Business School because he didn’t “want to learn to think the same [as everyone else].” (00:46) Instead, he felt that studying from another cultural perspective would be “an advantage [because] if you come back into your own culture [afterward], you’re certainly going to stand out.” (01:19)

Even further, Matt feels that these cultural characteristics carry over into professional environments. According to his experience, he sees Danish society as “a smaller, intimate society that [does] things right. They think long term, they’re very innovative, and they seem to do things together [as] a collective.” (02:51)

The importance of reflection and knowing yourself

When asked how he changed throughout his MBA experience, Matt says that he became a lot calmer. He largely credits this the structure and learning environment that the Copenhagen Business School provided him with.

Similarly, he shares that “the main lesson that [he] learned was to continually journey with [himself] because that’s the one thing that’s always evolving.” (06:42)

Matt explains that he was able to come to this realization because “the Copenhagen MBA was very personal and taught [students] to really reflect.” (07:02)

To this day, he’s grateful for that focus because he continues to reflect on himself and the people around him daily, always striving to gain a deeper understanding.

Matt gives credit to his MBA for getting him to where he is now because it gave him “structure, confidence, [and] fire in [his] belly to strive and aim high.” (10:42) Above all, he emphasizes the importance of the “toolbox” an MBA can provide you with.

However, this “toolbox” isn’t as industry-specific as you might think. It’s about more than just corporate finance and accounting, but encompasses a whole range of transferable skills. He characterizes it as “[taking] problems and [adding] that MBA structure and thinking to solving those problems.” (11:07)

In his professional life, Matt describes how he uses this “toolbox” daily:

“I do that on a daily basis, [for example] sitting on a legal team without any legal background, applied to multi-billion dollar infrastructure projects. It’s a very complex environment and my MBA gives me, I think, the right mindset, attitude, and ability to work through anything that comes [my way].” (11:14)

Indeed, this “toolbox” is extremely valuable and would be useful to professionals in any industry.

WATCH: How the Copenhagen MBA gives their students the “toolbox” they need to thrive