With growth in MBA applications outstripping the rest of the world, could Asia soon become the go-to place to pursue an MBA? Professor Jochen Wirtz of the National University of Singapore’s (NUS) Business School. Here’s why he believes Singapore is perfectly poised to lead a new Ivy League-type of Asian business school. 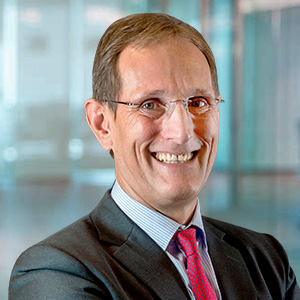 “I believe it is really up for a Singapore institution to claim this prize of being one of the Ivy League [type] schools of Asia. We at the NUS Business School [will] do everything possible to make sure the NUS MBA [becomes] a global [Ivy League-type] MBA where people come to study.”
Prof. Jochen Wirtz, Vice Dean of MBA Programs – NUS Business School
Go to video

MBA programs in Europe and North America currently dominate the global rankings. Schools from these two regions took up the top 25 spots in the QS MBA Ranking 2022. It’s a similar story in the Financial Times. But things could be changing.

He continues, “My reading is that they’re unlikely to come from the big countries like China, India, and Japan, for the very simple reason that they are too domestically oriented. You need a global mindset for this. So then you look at Hong Kong and Singapore. They’re small countries or small regions, and they’re connecting many parts of the world. I think Singapore [has a] sweet spot here and has a unique opportunity.” (02:19)

Jochen points to the cultural diversity, geographical location, and political independence of Singapore as reasons why it could become a world-leading region for business education in the future. He goes on to say that the NUS Business School is uniquely positioned to lead this new “Ivy League” of Asian business schools.

“I believe it is really up for a Singapore institution to claim this prize of being one of the Ivy League [type] schools of Asia,” he states. “We at the NUS Business School do everything possible to make sure the NUS MBA will be a global [Ivy League-type] MBA where people will come to study [Asia, and Asia and the world].” (03:49)

A truly global school in Asia

Part of the reason for the European and North American dominance of MBA programs is their global appeal. Students come from all over the world to study in these regions, leading to an international environment that instills a global mindset in its students. According to Jochen, NUS Business School has an international mix of students that matches other top schools.

“What really excites me about our school is that we are so international. We are truly global. We have students all the way from China, India, Southeast Asia, Australia, the Middle East, Europe, even a few students from Africa, South America, North America. It’s a truly global, cosmopolitan platform where you get perspectives from all over the world,” he tells us. (04:29)

It’s one thing to have an international student body, but what are the benefits of this diversity? Jochen says that interacting with other students, who come from a wide variety of backgrounds and experiences, on a daily basis is the key to forming that global mindset and expanding your worldwide network.

“Over 80% of our candidates are not from Singapore – they’re from all over the world. That really allows them to connect with all these different cultures to understand the mindsets and business environment from these countries. And you have a network afterwards, [for doing] business in almost any part of the world,” he explains. (06:39)

The two characteristics of an NUS MBA student

Entry into the NUS MBA program, one of the top 20 globally, is competitive. As such, NUS has high entry requirements. Although NUS looks for intelligent candidates first and foremost, Jochen also highlights two other key characteristics of the school’s MBA students.

“To get into NUS Business School, you have to be incredibly smart. That shows through a great first degree and/or a great GMAT and/or great career development so far,” he says. “So this is the foundation, and on top of that, when I interview I really look at [whether] you have energy and are you curious.” (15:20)

Going from competition to collaboration

Personal development is a key part of the NUS mantra. The school focuses on creating a transformative education experience; an approach that has even led to a change of grading system.

“We used to have grades – but then everyone is fighting over an ‘A’ to an ‘A+.’ What it does is inhibit risk-taking and spoils our culture. It makes it more competitive. Now we have a very simple grading [structure]: distinction, merit, and pass,” Jochen explains. “This new grading system is really aligned with our culture of development and helping you, [and not anymore in ranking] our students.” (18:49)

To create this culture of development at NUS, the school has dialled up its focus on experiential learning in recent years, and continues to instil a strong, collaborative culture. Jochen shares an example of the NUS MBA Sandbox Club, where students are invited to share personal stories from their lives or career on a topic of their choice. Jochen says that this has allowed students to break down barriers, leading to greater collaboration and stronger bonds.

“I’ve seen people laugh and cry in those talks, where people shared incredibly personal stories and challenges they have overcome,” he says. “To me, it changes how students look at each other. Once you meet these people, you know so much more about them, you connect and relate to each other in a very different way.” (17:56)

By shifting the culture of its MBA from competitive to collaborative, NUS is creating a learning environment where students can grow together. It’s already one of the leading businses schools globally. Could it represent the new Asian Ivy League?