The Universidad de Adolfo Ibañez (UAI) Business School in Santiago, Chile, is a forward-thinking school in a fast-evolving country. We spoke to Ricardo Ubeda, director of the EMBA LATAM, to hear more about the program, the school, and the country. 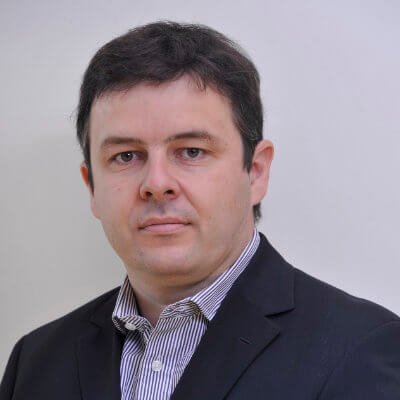 “There are a couple of sessions which produce a 180° change in the [Executive MBA] students. I’m most proud of this part of the program because the students go from being bosses to being leaders.”
Ricardo Úbeda – Universidad Adolfo Ibañez UAI
Go to video

Tell us about the EMBA LATAM.

We spend a week in each of these countries, and during that week we take the opportunity to have a lot of local guests in the class. We visit relevant businesses in the area to try and immerse ourselves in the social, political, and economic reality of each country. (04:06)

Why is an EMBA with a Latin American focus important?

The culture, the institutions, the society, and the politics in Latin America are totally and radically different [from] Asia, Europe, the United States. (05:42)

Why is Chile an attractive option for international students?

Chile is a very stable and safe country. It’s in the OECD with a GDP that has multiplied in the last 20 years. It is now reaching a similar GDP to that of Spain. (07:42) It’s a country that together with [South] Korea I think has evolved the most in the last 30 years. (09:53)

What I would say to anyone who lives in Spain, or anywhere else in the world that wants to build a career in Latin America: it is one of the youngest continents in the world with strong economic prospects. There is a future here [that] is going to be different [from] that of Europe or the United States due to demographic and social reasons. (09:26)

How is the EMBA curriculum structured?

The EMBA is designed so that a working person with a family and other responsibilities can complete it. Forty percent of the content is online and every two months there is a week of classes in a different country. The MBA lasts 12 months – from September to September. There is some sacrifice, but you can complete the program in 12 months. You have around 25% flexibility with the time in case there is a work or family emergency. (10:55)

The EMBA is taught in Spanish. There are lectures and some aspects in English – because obviously nowadays it’s a very prominent language in business – but I would say that 90% [of the course] is in Spanish. (12:38)

What is the class profile of the EMBA?

40% are women, 60% are men. We’re looking for parity between the two and are awarding a lot of scholarships to women who would like to come and study here. (13:18)

What else can candidates expect from the EMBA program?

In general, I would say that for 80-90% of our candidates, their mindset changes. We invest a lot of hours with a team that is extremely good on the topics of self-discovery, coaching, working in a team, leadership…we have a team that manages to get you to see things from another perspective. (21:29)

There are a couple of sessions which I would say produce a 180° change in the students. It’s not a simple, easy or comfortable process, but I’m most proud of this part of the program because the students go from being bosses to being leaders. (22:39)