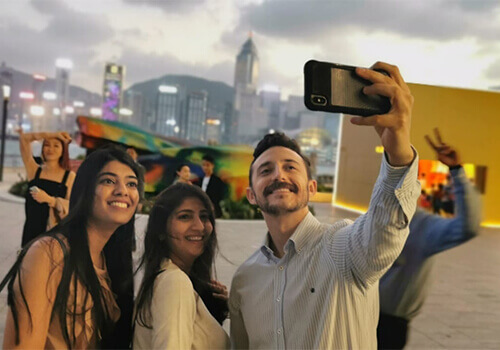 Ranked #10 in QS’ Best Student Cities in 2019, Hong Kong is filled with opportunity, connections, and great food (equally important!) for ambitious MBA students. HKUST MBA student Hector Arrieta from Mexico tells us why he chose to study in Hong Kong, how he landed a job at Lululemon Athletica post-MBA, and why he still sees plenty of opportunities amidst the pro-democracy protests in Hong Kong. 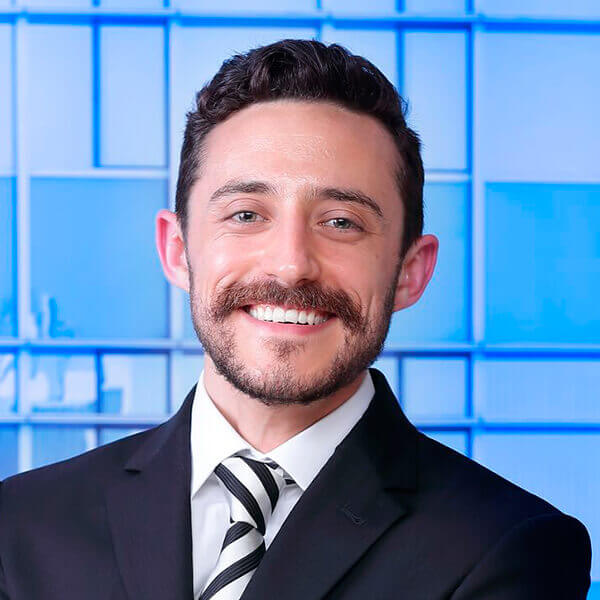 Why Hong Kong is ranked one of the best student cities

In 2019, Hong Kong was ranked #10 in QS’ Best Student Cities – and it’s not hard to figure out why. Planted in the heart of Asia, Hong Kong shares the same time zone as Singapore, Taipei, Kuala Lumpur, Manila, and Perth. Tokyo, Seoul, Bangkok, and Jakarta have just a one-hour time difference with Hong Kong.

As one of the world’s leading financial centers with a rich culture and heritage of “East meets West,” the city is buzzing with electricity – and opportunity.

“I decided to join an MBA in Asia because I felt at this point in time, this is the most dynamic region in the world,” Hector tells us. “It’s very progressive and its economy is growing a lot.” (01:24)

Hector chose Hong Kong specifically because the city ”is full of opportunities. It’s not only about finance or consulting as many people might think. But this is where you can explore other industries and other sectors…as well. And it’s a hub for the whole of Asia.” (01:51)

Surprisingly, though, it wasn’t the culture itself that flustered Hector. “I wouldn’t say that I struggled that much in terms of food or culture because everything you need is here…it’s very open to every culture,” he explains. “But I would say that the [city’s]…cycle is kind of different. It pushes you to always be active and it never stops, it never rests. So it’s very inspiring in a way, but at the same time, it’s overwhelming.” (08:07)

The cost of living in Hong Kong (plus: the best views in HKUST student accommodation)

As one of the world’s top cosmopolitan cities, Hong Kong is not a cheap place to live.

In fact, “Hong Kong is one of the most expensive cities in the world, especially when it comes to real estate,” Hector confirms. “Finding a place to live is…definitely very expensive, so that’s one thing that you need to consider for a budget.” (09:45)

“However, compared to other schools, HKUST offers great accommodation within their campus,” Hector boasts. “It’s amazing, it’s beautiful…and it’s really comfortable.” (10:14) Hector highly recommends students take advantage of HKUST accommodations, which are “half the cost of what you would find in the city,” helping to cut some of your costs and expenses.

The estimated monthly costs for a single person living in Hong Kong (excluding rent) are around $1,000. The average rental price for a one-bedroom apartment in the city is a little over $2,000 per month, while a one-bedroom apartment outside the city center drops to an average of around $1,500 per month. To get a better sense of the cost of living in Hong Kong, such as the price of a three-course meal at a restaurant, standard grocery products, and public transportation, visit this website.

Working in Hong Kong after graduation

If your plan is to stay in Hong Kong after graduation, Hector says “it’s really easy to get a job here and to stay in terms of immigration.” (12:59)

Hector currently works at Lululemon Athletica lululemon at their Hong Kong headquarters as part of their in-house management consulting team, providing solutions for the company’s operations and strategy.

“It’s really interesting because the tools that I need for performing the job, I got from HKUST,” he tells us. “It’s very business-driven, you have to think about the bigger picture, and you have to think about how to drive the business into better opportunities, other markets, and provide solutions for their current issues.” (05:12)

Finding a job in Hong Kong really depends on you, Hector says: “It’s all about how you expand your network [and] how you work your magic on LinkedIn.” (12:23) In his own job search, Hector leveraged the network he had built in Hong Kong, some of which was supported by HKUST’s network.

In terms of immigration and visa requirements, Hector says “it’s really easy to get a working visa right after [graduating]. Because you pay tuition in Hong Kong, being a foreigner you’re entitled to a special visa, which is like a self-sponsored work visa in Hong Kong – so you don’t need any company to sponsor it for you.” (11:21)

Essentially, once you successfully graduate, you can turn your student visa into an employment visa without having a sponsor or offer of employment. However, your employment visa is valid for one year so as long as you are employed within that one year, you can remain in Hong Kong under that status.

What about the protests in Hong Kong?

While the coronavirus pandemic swept across the globe – including Hong Kong – Hector believes Hong Kong is “one of the safest places” to be during this time. “Everyone just works together to build a better, safer environment…I am very grateful for being here throughout this period,” he says. (06:07)

However, in June 2019 – and continuing throughout the pandemic – tens of thousands of pro-democracy protesters took to the streets of Hong Kong over plans that would have allowed extradition from Hong Kong to mainland China. Protests then turned to democratic reform and police brutality, with many of these anti-government marches ending in rioting and violence.

Hector acknowledges that “the political and social situation in Hong Kong is challenging at the moment,” but that it’s also “really interesting to be part of their history at this point in time. I would say that Hong Kong is not going anywhere soon, so there’s still a lot of opportunity here.” (07:12)

“Hong Kong is not going anywhere. There’s a lot of competitive advantages here for many industries, and they still have a lot to contribute to the global economy, especially in this region,” he adds. (07:46)