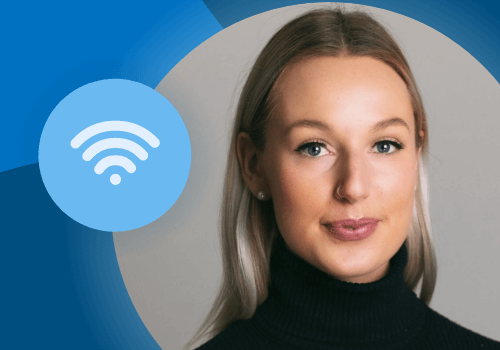 In this episode of The Modern MBA podcast, in collaboration with MBAGRADSCHOOLS, we are speaking with Maxine Fish, a British-Canadian student studying at Hult International Business School in London. She shares her global experience working in public health, why she chose Hult, and important tips for starting an MBA program. 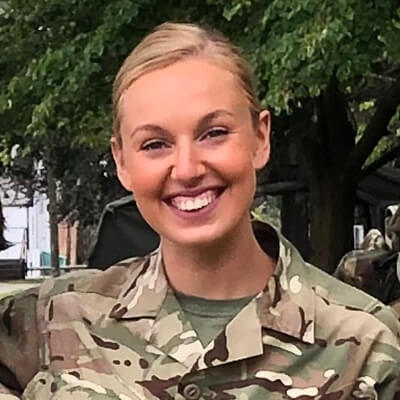 “[Hult] really seemed like a great way to kind of set myself apart from other public health peers, and also make a stronger case for my own career”
Maxine Fish – Hult International Business School
Listen to the podcast

Walk us through your career path to date.

I did a BA in social anthropology at McGill University in Montreal, and then I moved to London to do a Master’s of Science in Medical Anthropology, which is a division of public health. In the summer, I took on a research internship position at a hospital in Cape Town. It was an amazing summer, and it solidified my interest in public health, but it also confirmed I didn’t want to pursue a career in medicine, which I think is just as important a lesson to learn what you definitely don’t want to do.

When I graduated, I went to work for a small consulting agency and was sent to do a finance project in Jakarta. I then did a second project for them in healthcare, which is more what I was interested in. At the time, Indonesia had just switched from a private healthcare system to two tiers. It was a brilliant project and amazing opportunity. When I returned to the UK in 2018, I took on a role in educational tech as an account manager, which was a great stepping stone [from] my previous role at a medical tech startup. And that was the company that I just left to start my MBA. (1:19)

What was it that made you decide to join an MBA program?

I chose to pursue an MBA because I realized that whilst I had the healthcare expertise in my previous role at a medical tech startup, on some projects I lacked the business acumen and tools to oversee projects. So, I decided to complete a project management certification at the University of Westminster which definitely helped, but I still felt that some of my accounting and Excel skills were lacking.

I ended up having a conversation with my boss at the time, [who] had also completed [an] MBA. I also spoke to some friends who had chosen to do the same degree and it really seemed like a great way to kind of set myself apart from other public health peers, and also make a stronger case for my own career. (5:47)

What was it that made you choose that program [at Hult International Business School] specifically?

I chose Hult for a few reasons. The first is that they have accreditation in both the US and the UK, which is quite appealing. As a Canadian citizen, I have a few ideas about potentially working in the US in the future – so being able to say that I went to an American university at their London campus is quite strong.

In addition, the option to travel to other campuses for summer electives is really appealing. So you do your first two semesters at your home campus, and then you can pick and choose different electives in the summer. And you can go to the other campuses, which are around the world. There’s San Francisco, Boston, New York, London, Shanghai, and Dubai.

We’re going to Dubai in May for a Case Competition style week with all of the other MBA students from across all other campuses, so the flexibility and the diversity of the student body was something that I thought I could really benefit from. (7:22)

So, where do you go from here?

It’s a really good question. I’m looking to stay in medical tech or public health, and gradually make a shift from account management and that kind of support role, slowly into operational management. In the UK, as I’m sure you know, we’re so lucky to have the NHS, our National Health Service. I would really love to play an integral role in supporting health care workers and ensuring that they’re fairly represented and supported in their careers, which is something I think I’d be very good at tackling. (17:48)

Any tips for prospective international MBA [students] looking to study in the UK?

If you’re moving from home and you know that class starts on September 15, don’t give yourself three days to settle into your flat. You need a month to furnish an unfurnished apartment, you need two weeks for the bank to verify that you live there, and you need another two weeks to get your wifi and your cell-phone plan set up. So, my biggest piece of advice would be to do your research, figure out what you need and how long each step is going to take, and go backward from there.

Also, speak to current MBA students in that program. I always tell people [to] be wary of social media because a lot of universities – even amazing universities – a lot of their social media stuff is smoke and mirrors. They won’t tell you about how long the visa process is, they won’t tell you how difficult it can be to live in zone 1 and 2 in London [and] how expensive it can be. Go onto LinkedIn or onto other MBA platforms and send someone a message and say, “Look, this is who I am, I see we have similar backgrounds. Would you be able to give me 15 minutes of your time?” Most of us are more than happy to speak because we were also in that position. (18:38)