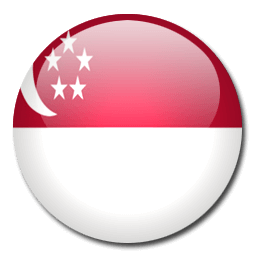 Considering Singapore as your study destination?

Singapore is one of just three city-states in the world along with Monaco and Vatican City – though with a far bigger population and total political autonomy, it is considered by many to be the only true city-state. It is one of the most prosperous and educated nations in the world that consistently enjoys high average salaries and low unemployment rates. New arrivals here will be struck by the majesty of Central Singapore; a swarm of towering skyscrapers that stand at the edge of Marina Bay, which in turn is home to a 101 hectare national park (Gardens by the Bay). It is a suitably grand introduction to a place which has established itself as an international point of reference for higher education.

Singapore’s six universities are amongst the best in the world whilst globally-recognised foreign schools such as Yale, INSEAD and ESSEC have all established campuses here. There is huge demand to come and study in Singapore given its reputation, and despite the high cost of studying and living there can be little doubt that graduates here leave university with some of the best career prospects of anywhere in the world.

Videos from Graduate Schools in Singapore

What do I need to know if I want to study in Singapore?

Living and studying in Singapore

Singapore is amongst the most expensive places in the world to live and monthly rental costs are likely to cost €600 as a minimum – though that number could double or triple depending on how centrally-located the lodging is. When it comes to studying for a master’s degree in Singapore, the average for yearly tuition is around the €23,000 mark, though it is possible to study for cheaper than that. The cost of an MBA in Singapore ranges from €30,000 to over €100,000 at the most prestigious business school (INSEAD).

Do I need to get a visa to study in Singapore?

If you are accepted onto a course in Singapore then you will need to apply for a Student’s Pass in order to study there. The list of requirements differ depending on your country of origin as well as the category that your educational institution falls into. You will find the full details on the Singapore government website.

How reputable are universities in Singapore?

The citystate may only be home to six universities, yet two of them (Nanyang Technological University and the National University of Singapore) are ranked joint 11th in the QS World University Rankings. The prestigious French business school INSEAD and American university Yale also have campuses here.

Since 2010 the national unemployment rate has remained below 5%; one of the lowest rates in the world. Graduates who find themselves work in Singapore will benefit from some of the highest average post-grad salaries in the world as well as an extremely high graduate employment rate; a recent survey from the Singapore Management University found that 92.3% of its alumni had found a role within 6 months of graduating.

Are there a lot of international students in Singapore?

As world-leaders in average salaries, quality of life and now higher education, Singapore is a true global hotspot for international students. There were some 65,000 foreign students here in 2018.