South Africa is the continental hotbed for higher education. It is now the third-most popular international destination for African students behind France and the UK.

South Africa is the continental hotbed for higher education. It is now the third-most popular international destination for African students behind France and the UK.

With a dramatic geography that encompasses everything from vast grasslands to golden beaches and a population made up of several distinct ethnic groups speaking 11 official languages, it’s little wonder that South Africa is known as the “Rainbow Nation.” It is the economic driver of Africa and holds a growing influence on the world stage since emerging from apartheid in the 1990s. Millions of tourists flock to South Africa every single year to see the stunning natural geography and wildlife, along with the urban centers of Cape Town, Durban, and Johannesburg. Indeed, South Africa’s cities are all perfect illustrations of the country itself: dramatic, exciting, and with the capacity to surprise.

Given South Africa’s economic and cultural pre-eminence within Africa, it is also unsurprising that the country is a continental hotbed for higher education. It is now the third-most popular international destination for African students behind France and the UK. However, with more affordable tuition fees, cheaper living costs, and universities that are among the global top 200, it is not unthinkable that South Africa will displace those two in the coming years.

International students wishing to do an MBA in South Africa must apply for a visa at the South African embassy in their home country. You must submit documents including your passport, a vaccination certificate, proof of sufficient funds, proof of medical cover, and more.

Work visas are more difficult to obtain, as they are only issued to foreigners with relevant, critical skills, not available among the South African citizenry.

If you are completing your MBA in South Africa, it can be useful to open a new bank account. The most common student bank accounts are available at banks like Absa, FNB, Investec, Nedbank, and Standard Bank. The required documents are your passport or birth certificate, proof of address, and the acceptance letter from your university. Non-residents need to provide further documents, including three months of bank statements from your home country’s bank.

The healthcare system in South Africa has two tiers: public and private. The majority (80%) of healthcare in South Africa is public. To apply for public healthcare, you will need to provide documents such as your passport or birth certificate, proof of address, proof of acceptance at your university, and your tax number.

Private health insurance offers more benefits and coverage than public healthcare. However, it is more expensive. To give you an idea, private consultation costs are around R350-400 (US$22-25), compared to around R55 (US$3.47) through public (state) healthcare.

South Africa has a generally high standard of living at a low cost. Many universities in South Africa offer on-campus accommodation for students, in which you can have your own room or live in a shared room. Some student dormitories include meal plans in their cost! Single rooms in a student dormitory usually cost around R46,000-60,000 (US$2,900-$3,800) per year. Shared double rooms, on the other hand, will cost around R43,000 (US$2,700) per year.

International students in South Africa can also choose to live in private accommodation off-campus. Depending on the location and facilities, the price of renting a room ranges from R4,000-25,000 (US$250-$1,600) per month. Note that private accommodation will cost more in Johannesburg, the most expensive South African city, followed by Cape Town, Pretoria, and Durban.

Commuting within urban areas in South Africa is convenient through the use of public transportation like trains, buses, taxis and ride-sharing services, and long-distance coaches. Driving is the most common form of transport for locals in South Africa. However, South Africa has one of the highest carjacking rates in the world. Therefore, for international students, it might be best to consider alternative methods like trains and taxis.

The cost of train tickets averages around R1,122-2,880 (US$70-$182) per month. South Africa boasts Africa’s busiest railway network, and many cities are currently rolling out bus routes to improve travel times and safety. Taxis and ride-sharing apps are also popular in urban areas.

The cost of living for a single person in South Africa is estimated at around R9,000 (US$568) monthly, excluding rent. Unsurprisingly, the largest cities in South Africa (Johannesburg, Cape Town, and Durban) are more expensive.

FAQ about studying in South Africa

How much will it cost to live and study in South Africa?

An MBA in South Africa is extremely affordable compared to many European, North American, and Asian nations, averaging around EUR€10,000-€15,000 per year. The cost of living for a single person in South Africa is estimated at around R9,000 (US$568) monthly, excluding rent.

Do I need to get a visa to live and study in South Africa?

International students wishing to do an MBA in South Africa have to apply for a visa at the South African embassy in their home country. Required documents include a passport, a vaccination certificate, proof of sufficient funds, proof of medical cover, and more.

How reputable are universities in South Africa?

What is the job market like for graduates in South Africa?

With a stubbornly high unemployment rate, master’s degrees are increasingly seen as an effective route to securing a well-paid job in South Africa, the continent’s second-biggest economy. Just 6.3% of the South African population hold a master’s degree or equivalent, meaning that students who take advantage of the very affordable tuition fees are at an instant advantage upon graduation. It is important to note that work visas are difficult to obtain, as they are only issued to foreigners with relevant, critical skills, not available among the South African citizenry.

Are there a lot of international students in South Africa?

South Africa attracts around 50,000 international students every year. It is the third-most popular destination for students from the rest of the continent (behind the UK and France). 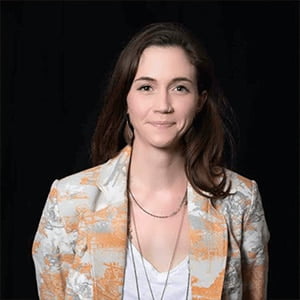